Boris Johnson has said he is “very confident” all restrictions on normal life in England will end on 21 June, saying the government will continue to provide economic support to businesses until they can operate as normal – appearing to confirm that many financial packages will be extended in the chancellor’s March budget.

Johnson said the government would “continue to put our arms around everybody” during the pandemic, when asked about unemployment, but suggested the coronavirus crisis had “accelerated” changes that had been happening naturally to the economy.

“There will be changes obviously as a result of the way the economy has been changing naturally,” he said. “What we will do is continue to put our arms around everybody in the country to look after them throughout the pandemic, as we have.”

Johnson and the chancellor, Rishi Sunak, are under pressure to extend support schemes such as furlough and business rates relief, as well as extend the universal credit uplift.

The prime minister, who has said he will look at “data not dates”, nonetheless said he was hopeful all restrictions could end by the final date in his roadmap.

“I’m hopeful but obviously nothing can be guaranteed and it all depends on the way we continue to be prudent and continue to follow the guidance in each stage,” he told reporters during a visit to Sedgehill academy in Lewisham, south-east London.

“Genuinely, because of the immense possibilities of the rollout, because science has given us this way of creating a shield around our population, we can really look at that 21 June date with some optimism. I’m very optimistic that we’ll be able to get there.”

The prime minister urged the nation to be “prudent” by continuing to follow the rules after publishing his plan to gradually lift the third national lockdown over the coming months. Facing criticism from some Tory MPs over the pace of change, Johnson said he was hopeful that all legal controls could be removed on the final date earmarked in his four-step plan.

He also announced that the senior minister Michael Gove would lead a review into the possible use of vaccine passports to access currently closed venues, such as pubs and theatres.

As the vaccine programme continues to progress, Johnson said, Gove, the chancellor of the Duchy of Lancaster, would lead a review to get “the best scientific, moral, philosophical, ethical viewpoints on it and work out a way forward”.

The health secretary, Matt Hancock, has said that everyone needs to play their part in order to meet the targets set for easing the lockdown in England, with the aim to move to “personal responsibility” rather than having social distancing laws “that get in the way of normal life”. 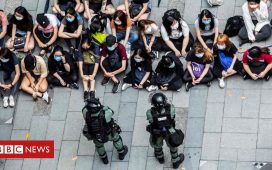 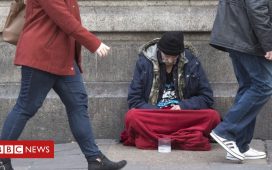 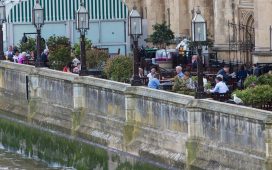