boris Johnson’s refusal to axe ­Dominic Cummings for breaching lockdown laws was yesterday branded an “insult” to the millions of Brits sticking to the rules.

Tory MPs joined the chorus of fury over the PM’s astonishing defence of his key aide for driving 250 miles to visit his parents in Durham while infected with Covid-19.

And experts said Mr Johnson’s spineless refusal to sack Mr Cummings undermined all the advice given over the lockdown rules in a bid to stop the spread of the virus, which has now killed 36,793 Brits, after the death rate rose by 118 yesterday.

The PM leapt to the defence of Mr Cummings in a rambling press ­conference during which he cut off reporters, refused to answer questions and claimed his adviser had “acted to stop the spread of the virus” by driving from London to the North East.

Labour leader Keir Starmer said Mr ­Johnson’s claims that Mr Cummings had “no ­alternative” but to travel so far for childcare was “not a reasonable interpretation of the rules and the Prime Minister knows it”.

He added: “If I were Prime Minister I would have sacked Cummings, and there must now be an investigation into what has happened. It is an insult to sacrifices made by the British people that Boris Johnson has chosen to take no action against Cummings.

“The public will be forgiven for thinking there is one rule for the PM’s closest adviser and another for the British people. This was a test of the Prime Minister and he has failed it.”

Shadow Health ­Secretary Jonathan Ashworth branded Mr Cummings “utterly ­irresponsible”. He said: “This is difficult for so many people and yet Mr Cummings, Boris Johnson’s right-hand man, has completely ­disregarded the rules, which are about keeping people safe.”

Professor Stephen Reicher, a government science adviser, said: “I can say that in a few short minutes tonight, Boris Johnson has trashed all the advice we have given on how to build trust and secure adherence to the measures necessary to control Covid-19. 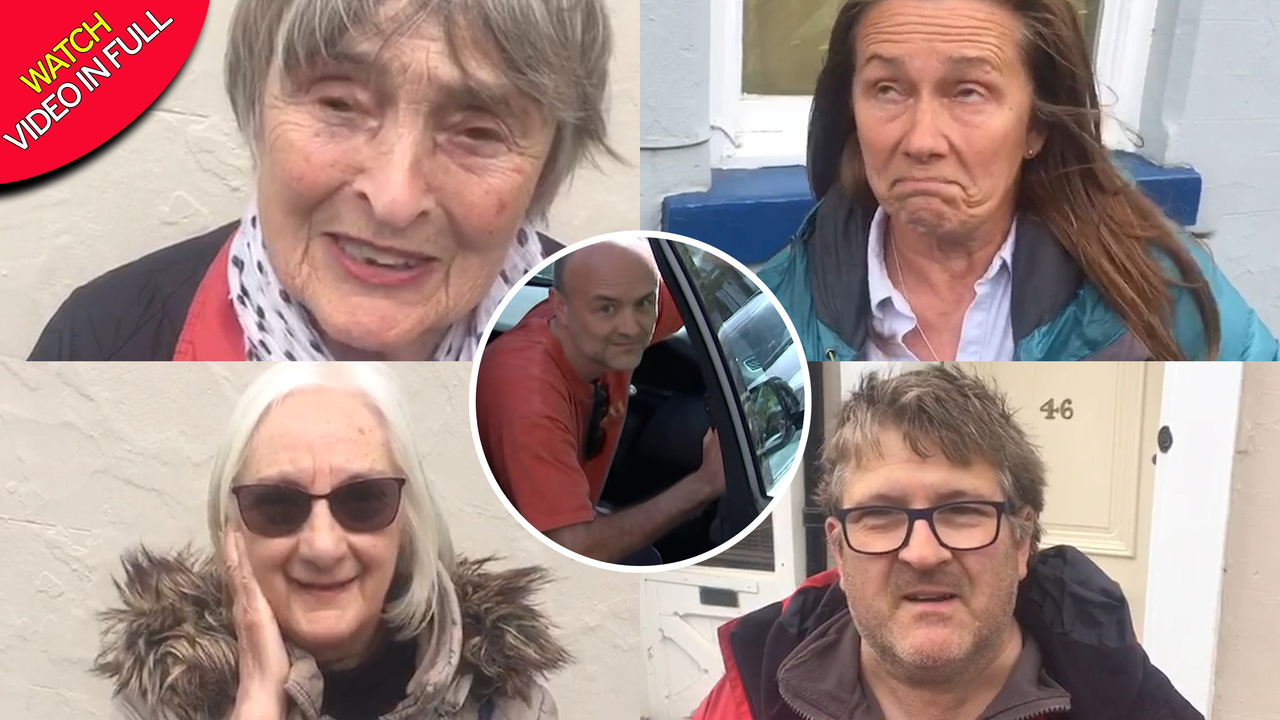 Tories also laid into Mr Johnson over his bid to defend the indefensible – after he claimed Mr Cummings had acted “responsibly, legally and with integrity” when he drove up to Durham, despite the guidance.

Brexiteer Steve Baker said: “Dominic Cummings must go before he does any more harm to the UK, the Government, the Prime Minister, our institutions or the Conservative Party.”

North Dorset MP Simon Hoare added: “While as a father and as grandfather I fully appreciate Mr Cummings’ desire to protect his child.

“There cannot be one law for the Prime Minister’s staff and another for everyone else. He has sent out completely the wrong message and his position is no longer tenable.”

Harlow MP Robert Halfon ­apologised for tweeting his support of Mr Cummings on Saturday and said the PM’s aide should “face the ­consequences of breaking the law”.

He added: “The tweet was wrong because many ­thousands of people in Harlow and across the country have suffered and ­struggled enormously during the ­coronavirus.” Former foreign secretary Sir Malcolm Rifkind said Mr Cummings should resign and “show some dignity and integrity”. He added: “He clearly isn’t a big enough person to do that.” Ex-minister ­Caroline Noakes said: “There cannot be one rule for most of us and wriggle room for others.

“My inbox is rammed with angry ­constituents and I do not blame them. They have made sacrifices over the last nine weeks.”

Mr Johnson, who looked irritated and flustered during the daily briefing, insisted his chief of staff had “followed the instincts of every father and every parent… and I do not mark him down for that”.

But the PM was unable to explain why Mr Cummings and his wife then looked after their child themselves.

He had no answer when ­challenged over why his aide was allowed to follow his instincts, rather than the lockdown rules most others are adhering to.

The chaotic press conference was marred by more than just Mr ­Johnson’s lack of a grasp of the details of Mr Cummings’ ­movements. He dismissed several of the ­allegations against the advisor as “palpably false” but failed to explain exactly how.

READ  Voice of the Mirror: We welcome Boris Johnson's plan to put railways back into public hands

Cabinet Ministers were left ­humiliated after Downing Street demanded they trot out to defend Mr Cummings.

Matt Hancock, Michael Gove, Dominic Raab, Rishi Sunak and other ministers supported the aide, despite the fury from the public who have been ordered not to see relatives not in their own household or visit any second homes.

One senior adviser to a Cabinet member said: “We’re furious. They either didn’t ask Dom if more was coming or they didn’t care.

“They’ve made us all look like idiots to defend one bloke who isn’t even elected. I thought it was advisers who took the bullet for ministers? We’re through the looking glass.”

In a joint investigation on Saturday, the Mirror and the Guardian revealed that Mr Cummings travelled to a Durham property owned by his family, after his wife displayed ­coronavirus symptoms. He also went on to develop symptoms.

Guidance specifically states those going into self-isolation should do so at their primary residence and not travel to any second homes. 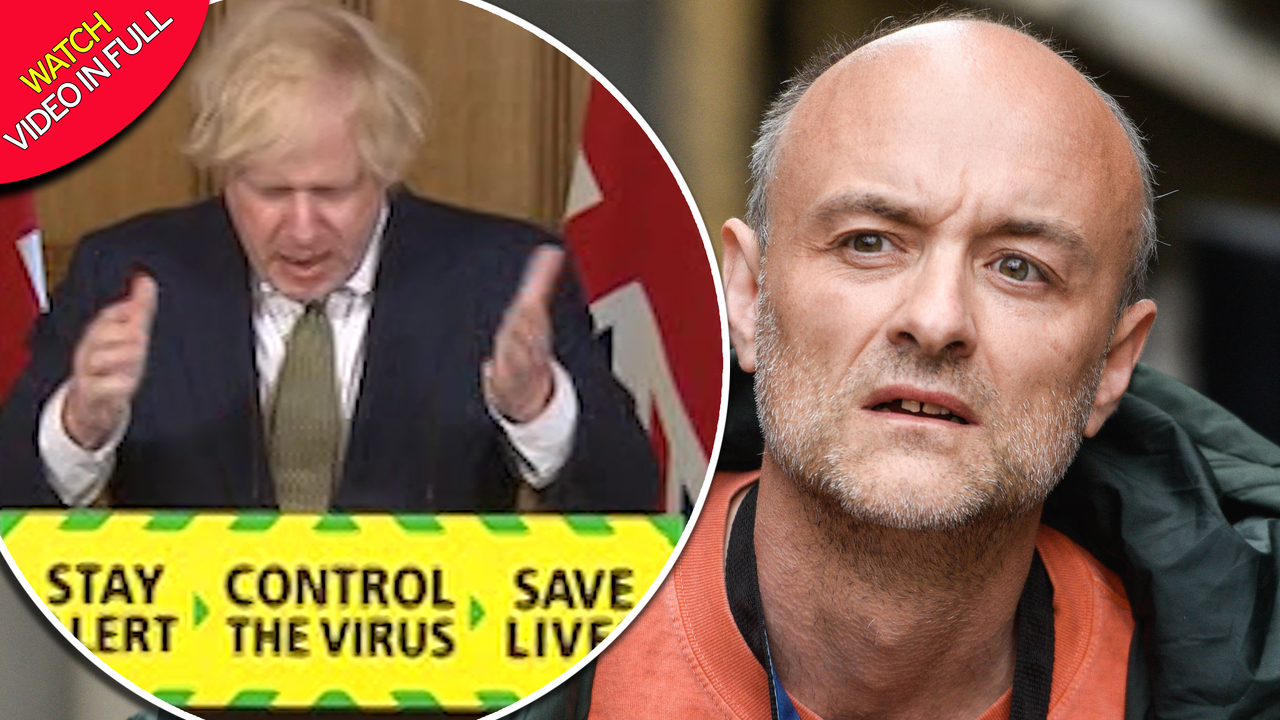 The retired teacher yesterday confirmed he had reported the ­incident to the police.

Mr Johnson insisted his aide isolated for 14 days and he behaved “responsibly and correctly”. But Mr Lees accused the PM of being evasive during the briefing.

He said: “He didn’t answer it, because now I’m totally convinced he can’t. He wasn’t clear whether Cummings had the virus or when he drove to Durham. He wasn’t clear on any details of the 14-day quarantine.”

Mr Cummings left No 10 after six hours yesterday but refused to answer questions as a crowd of people shouted “resign” outside his North London home.

Later, two Met Police officers knocked on the door, but there was no answer. Mr Cummings had dropped his wife and son off just minutes from their home. A YouGov poll yesterday found 68% of voters think Mr Cummings broke lockdown rules, with 52% calling for his resignation.

The Guardian view on accusations against the military: playing politics with personnel | Editorial

Sunak's winter plan is the shadow chancellor's chance to fight back