Boris Johnson says Brits will be “consumed with desire” to get back to face-to-face meetings when the nation opens up.

The PM said he believes commuters will hop back onto trains to get back into the in just “a few short months.”

Mr Johnson said he “doesn’t believe for a moment” that workers will be happy to do business on zoom calls once the pandemic is over.

Addressing a Railway Industry conference this afternoon, he said: “I know that some people may imagine that all conferences from now on, are going to be like this –  held over zoom teams or what have you.

“And we’ve got to prepare for a new age in which people don’t move around and do things remotely and they don’t commute anymore.

“But I want you to know I don’t believe it, not for a moment, because in a few short months, if all goes according to plan, we in the UK, are going to be reopening our economy.

“And then, believe me, the British population will be consumed once again with their desire for the genuine face to face meeting, that makes all the difference to the deal, never mind seeing our loved ones going on holiday or whatever.”

The British population will be consumed once again with their desire for the genuine face to face meeting, that makes all the difference to the deal

The “work from home” order is likely to stay in place until June 21 as the Cabinet Office holds a review into social distancing rules.

They will also be looking at how people will safely be able to return to work.

The PM thanked rail workers for upgrading lines during the crisis, in preparation or normal life.

He said his government was making “the biggest investment in rail since the Victorian age.”

He added: “We know that it is by infrastructure, innovation and skills, we will spread opportunity around the country.

“We know the good efficient mass transit systems are the great social and economic levers and bringers of hope.

“It’s thanks to your efforts that post-coved, post-Brexit Britain will be propelled by a new generation of electric or even hydrogen trains whizzing down the ringing grooves of change as I think Tennyson puts it.

Furious cops blast not getting priority vaccines as a ‘damaging betrayal’ 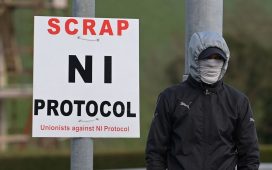 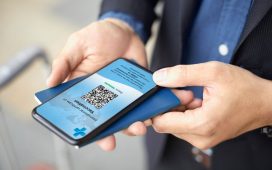 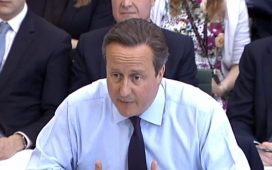