U.K. Prime Minister Boris Johnson declared victory in the four-year battle for Brexit on Thursday, saying that the U.K. had “taken back control” after negotiators secured a post-Brexit free trade deal with the E.U. — just days before it was due to finalize its departure from the bloc.

Johnson announced the free trade deal after days of frantic negotiations ahead of the Jan.1 deadline. The details will be scrutinized in the coming days by E.U. nation leaders as well as the European and British parliaments — with the British chambers scheduled to vote on the deal on Dec. 30.

Britain voted to leave the E.U. in 2016 in what was the first seismic populist event of 2016 — to be followed months later by the election in the U.S. of President Trump — but the country has struggled to enact the mandate amid legal challenges, political upheavals, political resistance and diplomatic brick walls.

Since 2016, the U.K. has seen two prime ministers resign and two general elections. Johnson took over in 10 Downing Street in the summer of 2019 and called an election in the winter, promising exhausted voters that he would end the Brexit saga and the parliamentary gridlock caused by the slim Conservative Party majority if voters expanded that majority.

His party won that election, and the majority, as a result and the U.K. formally left in January this year — moving the U.K. into a transitional period until the end of the year to allow for negotiators to thrash out a free trade deal.

But that agreement has struggled with long-standing issues over sovereignty, competition and E.U. rights to fish in British waters, as well as the global pandemic. The prime minister, in a typically Johnsonian flourish, made a nod to the controversy over fishing rights by wearing a tie with little fish on it at the press conference.

The new agreement prevents quotas and tariffs from being erected on Jan 1 and dodges potential chaos at ports and shortages of vital goods, which many had feared if the U.K. was to leave without a deal.

While the details could potentially cause controversy on either side of the English Channel, it was likely to gain approval — with both sides keen to avoid the damage that a no-deal exit could cause.

Johnson hailed it as a victory for his Brexit approach — taking a tougher stance than predecessor Theresa May and dismissing concerns that Britain was asking for too much from Brussels by demanding both independence and free trade.

“People said you couldn’t be part of a free trade zone with the E.U. without being obliged to follow E.U. laws, if you remember, I think we were told we couldn’t have our cake and eat it and that kind of thing,” he said. “I’m not going to claim this is a cake-ist treaty… but it is I believe what the country needs at this time and the right way forward for the U.K.”

E.U. Commission President Ursula von der Leyen, in her own press conference in Brussels, also said it was a win for the bloc, saying the E.U. had secured “predictability” for fishing and measures to safeguard Europe. But she was more muted in her delight than her British counterpart.

“Today I only feel quiet satisfaction and frankly speaking, relief,” she said. “I know this is a difficult day for some and to our friends in the U.K., I want to say parting is such sweet sorrow.”

The U.K. will now likely focus its attention not only on the coronavirus pandemic but also on securing a U.S.-UK. trade agreement, which could face hurdles under a more skeptical and pro-E.U. Biden administration. 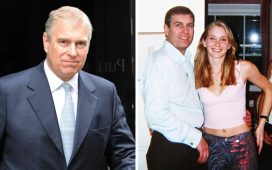 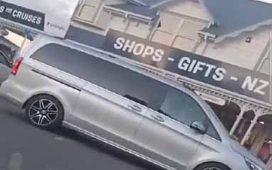 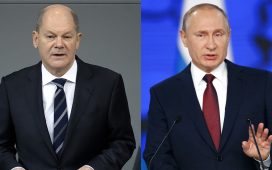 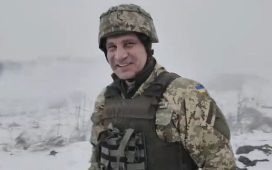 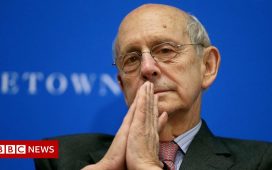