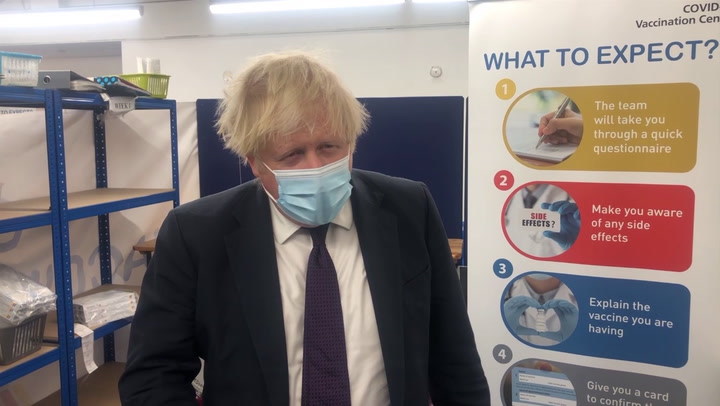 Boris Johnson has promised ministers will leave “absolutely no stone unturned” to establish what went wrong in the case of murdered six-year-old Arthur Labinjo-Hughes.

The six-year-old’s stepmother, Emma Tustin, was jailed for life on Friday after being found guilty of his murder, while his father, Thomas Hughes, was sentenced to 21 years for manslaughter.

In court it emerged that the youngster was seen by social workers just two months before his death.

They concluded at the time there were “no safeguarding concerns”. Solihull’s Local Child Safeguarding Partnership has now launched an independent review to ascertain why that decision was made.

The prime minister today said it is essential lessons are learned from Arthur’s case.

He also said he found it hard to read details of the horrific offences committed against a “defenceless little child”.

Speaking on the by-election campaign trail in north Shropshire, he said: “I just want to say, on the tragic and appalling case of Arthur Labinjo-Hughes, like many people I find it hard to read it, let alone to understand how people could behave like that to a defenceless little child”.

“I’m glad that justice had been done, in the sense that they have both received tough sentences, but that is absolutely no consolation, and what we’ve got to make sure now is we learn the lessons about that case, we look at exactly what happened, what else could have been done to protect that child.

“It is early days, but I can tell you this, we will leave absolutely no stone unturned to find out exactly what went wrong in that appalling case.”

Evil stepmum Emma Tustin was found guilty of murdering the youngster, and of poisoning him with salt-laced meals

Thomas Hughes, 29, was found guilty of manslaughter during the trial at Coventry Crown Court

Education Secretary Nadhim Zahawi said he would be making a statement on the case to Parliament on Monday.

“We are determined to protect children from harm and where concerns are raised we will not hesitate to take urgent and robust action,” he said.

“We will not rest until we have the answers we need.”

Earlier Tustin, 32, was jailed for life with a minimum term of 29 years at Coventry Crown Court.

She fatally assaulted Arthur in the hallway of her home in Cranmore Road, Solihull, on June 16 2020, having previously abused, starved and poisoned him.

The visit was prompted after Arthur’s paternal grandmother, secondary school teacher Joanne Hughes, rang the out-of-hours emergency social services team to report bruises she had seen on the boy’s back.

Despite social workers then examining Arthur’s back and finding a “faint” yellow bruise, they agreed with Tustin and Hughes that it was a “happy household”, with no cause for concern. 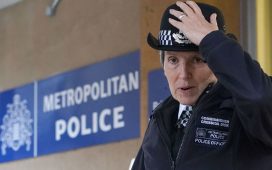 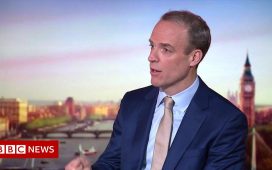