BORIS Johnson has announced that more than four MILLION Brits have now had Covid vaccine – including half of over-80s and care home residents.

The PM unveiled the bumper new stats as ministers geared the country up for phase two of the jabs rollout, which will see it offered to all over 70s.

Speaking during a visit to the OxfordBiomedica factory, he said: “We’ve done about four million people in this country which is obviously encouraging.

“Those groups remain a top priority but it’s right that as more vaccine comes on stream to get it into the arms of the other groups.”

The PM said there would be no “Open Sesame” moment next month even though the vaccine gramme is “going very well”, but vowed things will be “very different by Spring”.

He added: “I understand completely that people want to get back to normal as fast as we possibly can.

“And of course it depends on everybody, all of us, remembering that we’re not out of the woods yet.

“You can see the pressure the NHS is under you can see the great number of cases we’re seeing every day we’ve got to maintain discipline.

“We will do everything we can obviously to open up but when we come to February 15 and the moment when we have to take stock of what we achieved, that’s the time to look at where the virus is, the extent of the infection and the success that we’ve had.

“It’s only really then that we can talk about the way ahead and what steps we can take to relax and I’m afraid I’ve got to warn people it will be gradual.

“You can’t just open up in a great open Sesame a great bang because I’m afraid the situation is still pretty precarious as people can tell.”

Britain has administered more than 4.3 million doses, with our rate of 6.45 jabs per 100 people the highest of any major country.

The UK is now vaccinating 140 people every minute and No 10 is hopeful the entire population will have been offered it by September.

We have streaked miles ahead of other European countries, administering almost as many doses as the entire EU combined.

In comparison Germany has been able to roll out just over a million vaccinations, while in France the figure stands at 422,000.

Ministers are now working on plans to roll out doses across key professions like police officers, teachers, and shop workers.

Nadim Zahawi, who is in charge of the programme, announced 24-hour vaccination centres will be trialled in London in the next two weeks.

This morning saw 10 new mass vaccination sites open their doors up and down the country including ones in Blackburn, Norwich, London, and York.

Ministers aim to have 50 such hubs, capable of delivering thousands of doses a day, up and running by the end of the month.

But today Welsh first minister Mark Drakeford was slammed for saying he would slow down vaccinations so staff aren’t “standing around” with nothing to do.

He said Wales has to make its doses last until February and blamed supply issues for failing to get them in arms fast as the rest of the UK.

Around 150,000 people will have been vaccinated in Wales by the end of Monday.

Shop workers should join police and teachers as ‘top priority’ for next vaccine doses, minister says 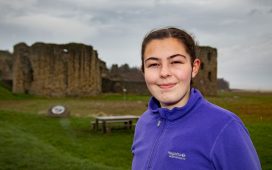 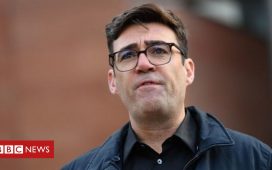 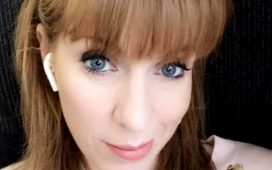 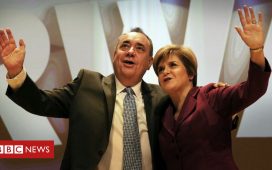