Parents should send their children to primary school in England on Monday, the Prime Minister has said.

Boris Johnson insisted “there is no doubt in my mind that schools are safe” amid chaos and confusion for parents over the return to the classroom.

But he hinted that “tougher” restrictions could be coming down the track – including school closures.

Primary schools are open across much of England, with closures in Covid hotspots such as London.

Asked if parents should send children back to the classroom on Monday, he told the BBC’s Andrew Marr Show: “Yes, absolutely they should in areas where schools are open.

“What we are doing, clearly, is grappling with a new variant of coronavirus which is surging particularly in London and the South East.

“And that is why we have had to take exceptional measures.”

Mr Johnson said he understood fears about reopening schools but tried to reassure parents that children could go back to the classroom.

“Schools are safe. It is very, very important to stress that,” he said.

“The risk to kids, to young people is really very, very small indeed.

“The risk to staff is very small.

“I would advise all parents thinking about want to do, look at where your area is, overwhelmingly you’ll be in a part of the country where primary schools tomorrow will be open.”

Asked if he would take legal action against councils which have decided not to reopen primary schools, the Prime Minister said: “We’ll work very hard with authorities across the country to get our message across that we think schools are safe; that schools are safe, there’s absolutely no doubt about it.

“And if you think about the history of the pandemic, we’ve kept schools going for a long, long time in areas where the pandemic has really been at really high levels.”

He said the Government would keep the measures “under constant review”.

And he warned that tougher restrictions could be coming down the track.

“I’m not going to speculate now about what they would be but I’m sure all our viewers, listeners would understand some of the things,” Mr Johnson said.

“You’ve mentioned school closures – which we had to do in March – is one of those things.

“It’s not something we necessarily want to do.”

Asked whether he could guarantee schools will open on January 18, he said: “Well, obviously, we’re going to continue to assess the impact of the Tier 4 measures, the Tier 3 measures.”

Mr Johnson refused to rule out scrapping GCSEs and A-Levels amid calls from heads to axe summer exams as students face fresh disruption to their education.

READ  Britain is facing a stark choice. So why are so many people tuning out? | John Harris

His comments came after Education Secretary Gavin Williamson announced on New Year’s Day that all London primaries will remain shut next week – rather than the original plan for closures in certain boroughs.

The union has advised its members that it is not safe to return to the classroom tomorrow.

NAHT general secretary Paul Whiteman said it had started preliminary steps in legal proceedings against the Department for Education, asking it to share its scientific data about safety and transmission rates.

He told the Sunday Mirror: “Confusion reigns among parents, teachers and pupils over who will be back in school tomorrow and who won’t.”

Greater Manchester Mayor Andy Burnham called for an end to the Government’s “top-down” and “blanket” approach – and said local head teachers and councils must take the decision themselves.

“Greater Manchester is currently below the England average when it comes to the number of cases,” he told the BBC.

“The question does arise, why are schools opening in areas with higher cases than some boroughs in London?

“So the position is different in different parts of the country and I think a blanket approach – either to say blanket reopening or blanket closure – in some ways is causing the problem. Local flexibility might just be the way through this.”

But Ofsted chief inspector Amanda Spielman, writing in the Sunday Telegraph, said: “”It is clear that children’s lives cannot just be put on hold while we wait for vaccination programmes to take effect, and for waves of infection to subside.

“We cannot furlough young people’s learning or their wider development. The longer the pandemic continues, the more true this is.”

Anne Longfield, Children’s Commissioner for England, said schools should be the last to close and first to open.

“I hope, for children and parents’ sake, that is measured in days not weeks and I would be particularly keen for primaries to stay open if at all possible,” she said. 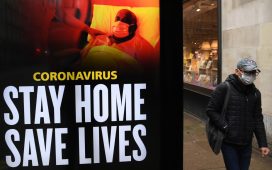 Lockdown to be eased from early March, vaccines minister says 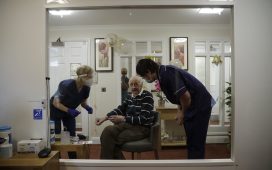 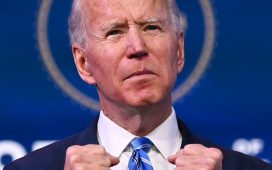 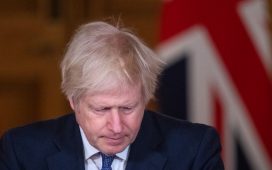