Boris Johnson vowed to plough on as Prime Minister after having delivered Brexit.

Monday marks the first, full working day for new trading arrangements with the EU after the transition ended at 11pm on New Year’s Eve.

Officials believe this morning and the coming days will provide the first major test for post-Brexit customs declarations as businesses, hauliers and travellers get to grips with the new system.

The Prime Minister, who led the 2016 Leave campaign, told BBC’s The Andrew Marr Show “substantial sums of money” were “coming back into this country as a result of leaving the EU”.

He added: “We’ve got control over our borders, a points-based immigration system has already been established.”

There had been Westminster mutterings that with the divorce from Brussels complete and new arrangements in place, Mr Johnson may believe his work is finished.

Some even speculated he could quit No10.

But, asked on Sunday, if he intended to continue as PM, Mr Johnson said simply: “Yes, yes.”

The Conservative leader also took a swipe at referendums when quizzed about Scottish First Minister’s Nicola Sturgeon’s expected bid for another independence vote north of the border.

Her nationalist party is tipped for a landslide victory at May’s Holyrood elections – bolstering the fight for another separation vote.

Scots voted by 55% to 45% to remain part of the UK in 2014 in what the SNP admitted before the ballot was a “once in a generation” opportunity.

READ  What is an exit poll, how are they used in local and general elections and are they accurate?

Mr Johnson claimed referendums were divisive – despite endearing himself to the Tory grassroots by spearheading the Brexit battle and subsequently becoming PM.

“Referendums in my experience, direct experience, in this country are not particularly jolly events,” he admitted.

“They don’t have a notably unifying force in the national mood.

“They should be only once in a generation.”

“That seems to be about the right sort of gap,” he added.

SNP depute leader Keith Brown said: “It may be a new year but it’s the same old incoherent bluster from Boris Johnson.

“The Prime Minister pretends otherwise but he knows he can’t keep on denying democracy.”

Former PM Tony Blair called for a “really capable” opposition to challenge the SNP in Scotland.

While the 2014 referendum “rejected Scottish independence … Brexit put it back on the agenda”, he said.

Mr Blair added: “The truth of the matter is it’s still not in Scotland’s interest to separate from England.

“I also think it’s incredibly important, the single most important thing politically to my mind, is that we get a really capable opposition in Scotland – which should be the Labour Party – that’s capable of contesting the Scottish nationalist position in Scotland in a way that prevents them from doing what they do at the moment, which is govern Scotland but pretend they’re in opposition.”

The ex-Labour leader compared leaving the EU to “shock therapy”, telling Times Radio: “There is nothing that Brexit’s going to do for Britain on its own – it’s going to leave us economically weaker and with less political influence.

“And so the only way I make sense of Brexit is to treat it as shock therapy, that we then realise we’ve got to take certain big decisions as a country, we’ve got to set out a new agenda for the future, but that’s going to be difficult to do.” 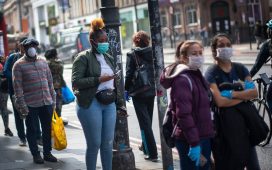 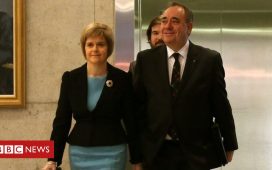 Sturgeon: I did not mislead Scottish Parliament over Salmond

Labour bids to be seen as able and competent, not bold and radical | Larry Elliott 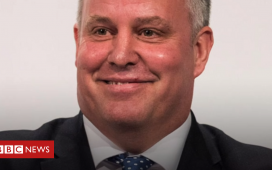 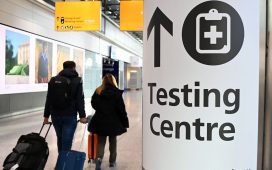