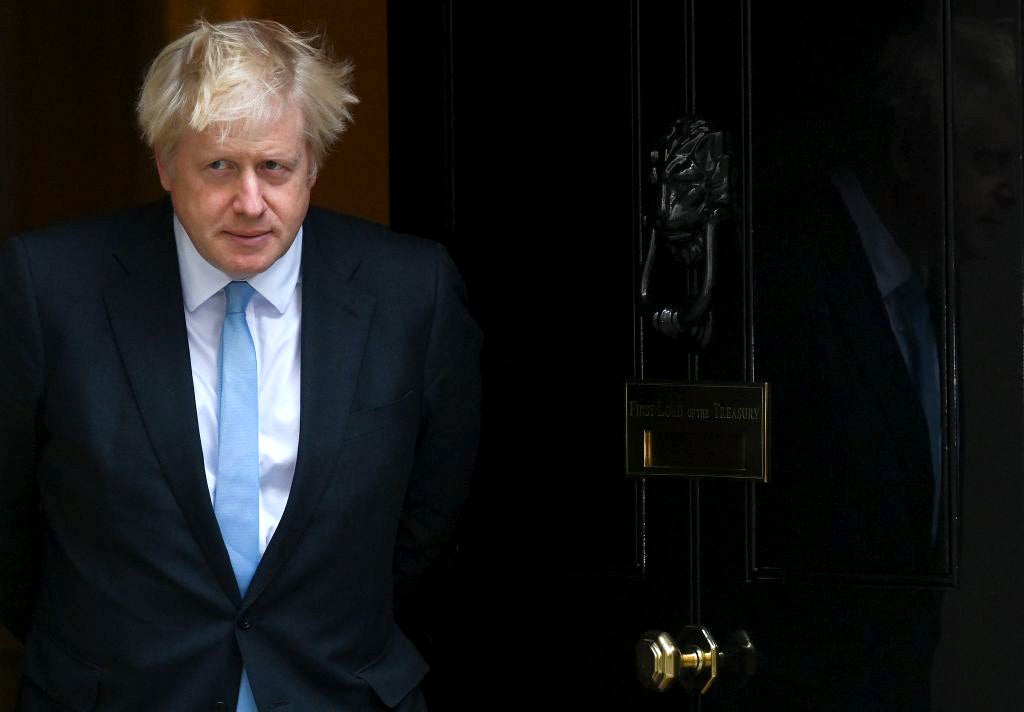 Tory grassroot support was ebbing away from the Prime Minister as the Government was rocked by the fresh revelations about Downing Street bashes. With the furore showing no sign of abating, at least one more MP confirmed he had sent in a letter of no confidence in Mr Johnson.

The Prime Minister apologised on Wednesday for a “bring-your-own-booze” party in the garden of No10 on May 20, 2020, when Britain was in lockdown, but told MPs he regarded it as a work gathering, so may technically have been within the rules.

However, any hopes he may have had that the storm may ease were dashed on Friday morning with the new revelations about two leaving dos in Downing Street the night before the Queen attended her husband’s funeral wearing a face mask and socially distanced from her family at Windsor Castle, in line with Covid restrictions.

The Prime Minister’s former director of communications apologised for the “anger and hurt” caused by the leaving gathering held in Downing Street the night before the Duke of Edinburgh’s funeral.

James Slack, who last year left No10 to become deputy editor-in-chief at The Sun, said the party on April 16, 2021 “should not have happened at the time that it did”.

However, one senior MP criticised the “culture” at No10 which has led to top civil servant Sue Gray now investigating a series of parties in Downing Street while Cabinet ministers were telling millions of people across Britain to make often difficult sacrifices to abide by Covid restrictions.

Senior Tory Sir Bob Neill, MP for Bromley and Chislehurst, told the Standard: “The concern would be is the sense emerging that somehow the culture has been allowed to develop in No10 on the PM’s watch… where it was not realised how wrong and offensive this was. It’s absolutely imperative there is a complete shake-up of the No10 operation.”

One MP said: “It’s a question of when not if. I think he will stagger on to the May local elections.” The Daily Telegraph reported that advisers and civil servants gathered after work for two separate events on April 16 2021, the day before the Duke’s funeral.

They were to mark the departures of Mr Slack and one of the PM’s personal photographers, the newspaper said.

The latter was said to have taken place in a room in the basement of the building, with someone acting as DJ.

The gatherings reportedly went on beyond midnight, with one person allegedly being sent to the Co-op in The Strand with a suitcase to bring back bottles of wine.

The two events are said to have started separately and later merged, with a swing for the PM’s son in the garden said to have been damaged.

The Telegraph cited a No10 spokesman as saying Mr Johnson was not in Downing Street that day. He is said to have been at Chequers.

However, Labour deputy leader Angela Rayner tweeted: “The Queen sat alone in mourning like so many did at the time with personal trauma sacrifice to keep to the rules in the national interest.

“I have no words for the culture behaviours at Number 10 and the buck stops with the PM.”

Fran Hall, from Covid-19 Bereaved Families for Justice, said: “If your neighbours had behaved like this, you’d have been disgusted.”

A Downing Street spokeman said of Mr Slack’s event: “On this individual’s last day, he gave a farewell speech to thank each team for the work they had done to support him, both those who had to be in the office for work and on a screen for those working from home.”