Boris Johnson will fly to New York this weekend for his first foreign trip since the Covid pandemic, hoping to cement his relationship with the US president, Joe Biden, after a rocky summer marred by the chaotic Kabul airlift.

Two years ago, when Johnson made his first foreign trip as prime minister to the Biarritz G7 summit, the hope was that Donald Trump’s enthusiasm for the man he called “Britain Trump” would help smooth the way for a rapid post-Brexit trade deal with the US.

En route to France, he bombarded journalists with the products UK exporters could sell more easily to the US if a deal was done – from pork pies to shower trays.

Expectations of a quick win on trade have long faded. But buoyed by the signing this week of the Aukus cooperation deal with the US and Australia, Johnson hopes to show that despite Joe Biden’s well-documented wariness, and the drama unleashed by the US withdrawal from Afghanistan, the pair can work together where the two countries’ strategic priorities align.

He will take with him the new foreign secretary, Liz Truss, an avowed Atlanticist and, like Biden, a China hawk – though her close links to free market US thinktanks mean her domestic politics are dramatically different to the US president’s.

Leslie Vinjamuri, the director of the US and the Americas programme at the Chatham House thinktank, said, “As Boris Johnson goes across, he’s just clearly got to decide – and it looks like he has decided – to play the positive agenda, be strategic, and get the UK in the game”.

The trip comes after what can best be described as an uneven summer between Downing Street and the White House. On the one hand was the chaotic, last-minute withdrawal from Afghanistan – a decision made unilaterally by Biden and which British ministers and generals openly criticised after the Taliban swept into Kabul.

See also  Coronavirus: 'Be responsible when you shop and think of others'

During the operation there were constant complaints from British sources that they were not kept informed of the US’s tactical intentions, when, in particular, Biden might give the final order to withdraw from the airport.

US sources, meanwhile, complained that the airport gate where an ISKP bomb struck killing nearly 200 people, including 13 US marines, had been kept open for longer than they had wanted at the request of the British – prompting London to insist it was “a joint decision”.

In the wake of the debacle, Conservative MPs bemoaned what they saw as a disastrous deterioration in transatlantic relations.

All the while, however, the US, UK and Australia were continuing negotiations that had begun in the spring, initially over a request from Canberra to London to share highly sensitive submarine nuclear propulsion technology.

They took a significant step forward at the G7 summit in Cornwall, as they morphed into a wider discussion about a three-country defence pact clearly aimed at an increasingly assertive China.

Johnson was credited this week by American officials as playing the crucial role of broker – “Britain helped mediate and explain on all the critical issues,” one US administration official said – and he had invited the Australian prime minister, Scott Morrison, to the gathering of the leading western countries in June as the pandemic eased.

Then the British prime minister unexpectedly turned up at what had been expected to be a bilateral meeting between Morrison and Biden, prompting criticism of Morrison in Australia. But once the photographers left the room, the three talked around the principal points of what became the Aukus agreement. The deal, in principle, was sealed.

The contrast between the Aukus aspiration and the Afghanistan reality is not lost on senior British sources. “What this shows is that when it comes to China, you get a full lean-in from the White House. What remains to be seen is whether you will get that full lean-in when it comes to Europe and the Middle East,” said one senior insider, still unsure about how robust Biden will be on dealing with Russia and Islamist terror.

British officials are relieved that the defence technology pact sets a different backdrop to the relationship: in the midst of the ministerial reshuffle, in which he had moved aside his foreign secretary, Johnson broke off to join a three-leader virtual press conference at 10pm UK time on Wednesday to announce the pact, where Biden talked effusively about how the three countries “have long been faithful and capable partners” over a century of wars around the world.

The only note of concern, perhaps, was that Biden, still said to be irritated by Johnson’s ill-judged “part Kenyan” jibe aimed at the former president Barack Obama, appeared notably warmer to Morrison than Johnson at the event: “Thank you, Boris,” he began. “And I want to thank that fellow down under. Thank you very much, pal. Appreciate it, Mr prime minister.”

But whatever the precise personal chemistry, for the Americans there remains a prize, to rally far-off allies into greater engagement in the Indo-Pacific, and to be prepared to stand up to China.

The Aukus deal, a US official said, was designed to align Great Britain “more closely with our strategic pursuits in the region as a whole” and by allowing Britain to help build Australian nuclear submarines it amounted to “a downpayment” specifically on Johnson’s post-Brexit idea of Global Britain.

For some, that raises questions about what precisely Johnson might have promised to Biden in Cornwall, as he seeks to show he can chart a diplomatic path outside the European Union, a point not lost on his predecessor Theresa May as she asked on Thursday if the UK would become drawn in, “should China attempt to invade Taiwan”. Flush with the success of having announced the alliance, Johnson had little choice in his reply: he ruled nothing out.

The shadow foreign secretary, Lisa Nandy, welcomed the Aukus pact, though stressing it should not undermine the UK’s commitment to other alliances including, crucially, Nato.

With the Cop26 summit looming in just a few weeks’ time, she said Johnson should be working hard to build cooperation with the US on a much wider range of issues, including tackling the climate crisis, and defending democracy around the word – which Biden sees as a key theme of his presidency.

“There’s a much more positive agenda, and I think the US will respond really well if we turn up with a positive vision of how we can work together to deal with shared challenges,” Nandy said.

I think the relationship is frayed; but there’s a very strong will from the US to seek a strong partnership with the UK.”

Vinjamuri said that in the wake of the Aukus deal, “Biden’s doing what he said he was going to do, and the UK had a choice to make, which was either you jump onboard and show what you can bring to the table, or you don’t. And it looks like Boris Johnson has decided to jump onboard.” 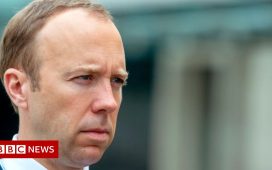 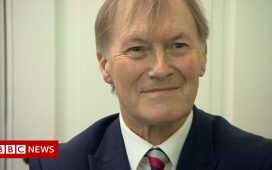 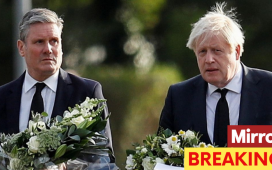 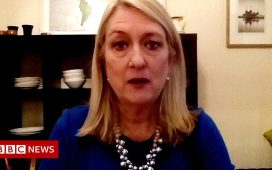