he Prime Minister today played down fears that the detection of the Brazilian variant could delay his lockdown roadmap as he insisted the UK had “one of the toughest border regimes in the world”.

Scientists also warned that if it takes hold it could undermine the roadmap out of lockdown.

Asked by reporters if the Government was too slow with hotel measures, the Prime Minister said: “It’s a very tough regime – you come here, you immediately get transported to a hotel where you are kept for 10 days, 11 days.

Labour leader Sir Keir Starmer said the discovery of the Brazilian coronavirus variant shows the Government has not “secured our borders in the way we should have done”. Former health secretary Jeremy Hunt echoed his comments, saying it showed the country needed tighter controls.

But Mr Johnson added: “We have got one of the toughest border regimes anywhere in the world for stopping people coming in to this country who may have variants of concern.”

As it stands, UK nationals or residents are allowed to return from Brazil using indirect fights.

Meanwhile, experts warned that the discovery could have an effect on the Government’s plans for easing lockdown.

“There is always a risk that we might have to go backwards,” said epidemiologist Professor Graham Medley, one of the Sage group of scientists who advise the Government. Dr Susan Hopkins, strategic response director at Public Health England, said the risk of the new variant spreading “starts to increase” when schools go back next Monday.

But, asked about relaxing lockdown, Mr Johnson stood by his planned timetable.

“I think we are going at the right pace, education is the priority, getting all schools open on March 8 is something that we have set our hearts on for a long time and I am confident we will be ready.”

When asked whether there is a potential for the easing of lockdown to be reversed, he said: “Our whole strategy is to go forward in a way that is cautious but irreversible. And we don’t think that there’s any reason on this basis to change that now.”

Earlier today, Mr Hunt has said the discovery of six cases of the Brazilian P1 variant of the coronavirus in the UK showed the need for tighter controls.

“Absolutely we have got to look at what has gone wrong,” he told BBC Radio 4’s The World at One programme.

“It shows that it needs to be tightened up still further because if we are going to protect the road map out of lockdown then the name of the game is going to be stop new variants coming in, some of which may end up being immune to the new vaccines.

“Where we need to get to is a much, much more thorough combination of test and trace and genetic sequencing so we are not just testing the people who have been near someone who tested positive, but we also are working out where the original infection happened and which variant it is.

“You can only do that if you bring the cases right down.”

But Mr Hunt – who now chairs the Commons Health and Social Care Committee – said the country was in a much better situation than it was last year.

“The fact that we are going to this trouble over one person who has gone missing says to me that we are in much better shape than we were three months ago, six months ago, where we wouldn’t have been anywhere near that,” he said.

Meanwhile, speaking at a virtual meeting with Welsh businesses to mark St David’s Day, Mr Starmer said: “It demonstrates the slowness of the Government to close off even the major routes, but also the unwillingness to confront the fact that the virus doesn’t travel by direct flights.

“We know from last summer that a lot of virus came in from countries where it didn’t originate in, but people were coming indirect, and that’s the way people travel.”

Wales First Minister Mark Drakeford also told the meeting he had “worries” about Mr Johnson’s plan for international holidays to resume in May for people in England.

He said: “I would build the walls higher for now against the risk that we would bring into this country the variants that could be brewing in any part of the world, and could then put at risk all the careful work we have done to try and keep Wales safe.”

Labour MP Yvette Cooper, who chairs the Home Affairs Select Committee, told BBC Radio 4’s Today programme: “We need to look at how these cases have arrived in the country in the first place in order to prevent others doing so.”

Mr Cooper said many travellers would have taken indirect flights from Brazil, and that the situation highlighted “gaps” in the system.

She went on: “These cases seem to have arrived a month after the Brazil variant was first identified and we were raising with the Government the need for stronger action.” 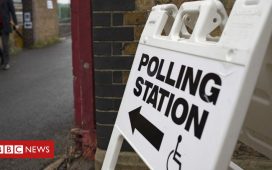 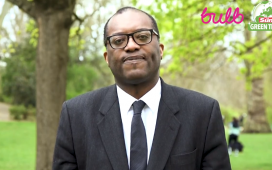