Boris Johnson has confirmed all but a handful of Covid-19 laws will be torn up when England moves into Step 4 of the roadmap.

The Government expects to move into the final phase of unlocking from July 19, subject to scientific data remaining on course to pass their tests for reopening.

Announcing the changes at a Downing Street Press Conference, the Prime Minister said: “If we can’t reopen our society in the next few weeks, when we’ll be helped by the arrival of summer and the school holidays, we must ask ourselves – when will we return to normal?”

He said we must “balance the risk” of the disease from the virus and the harm from continuing with legal restrictions which “inevitably take their toll on people’s lives and livelihoods, on people’s health and mental health”.

He added: “And we must be honest with ourselves that if we can’t reopen our society in the next few weeks, when we will be helped by the arrival of summer, and by the school holidays, then we must ask ourselves ‘when will we be able to return to normal?’

“And to those who say we should delay again – the alternative to that is to open up in winter when the virus will have an advantage, or not at all this year.”

The move will mean all legal requirements to wear masks will be scrapped – including in hospitals, care homes and shops, on buses, trains and aeroplanes.

Limitations on the number of named visitors to care homes will be scrapped.

Do you think this is a good idea? Let us know in the comments

All social distancing measures will be scrapped – removing restrictions on live music, theatre and sports events, weddings, hospitality and festivals.

There will be no limitations on social contact. The rule of six indoors and rule of 30 outdoors – which limited gatherings by law – will both be axed.

And the 30-person limit that remained on some “life events” such as bar mitzvahs and christenings will be scrapped.

Nightclubs will be allowed to open for the first time in 15 months – with no restrictions on attendance, social distancing or mask rules, or legal requirement to show proof of Covid status on entry.

Individual businesses will be allowed to have their own policies on masks and covid status, but they will not be legally enforceable.

And the government will no longer order people to work from home where possible – leaving employers and employees to decide for themselves whether people should return to offices.

Chief Medical Officer Chris Whitty warned the link between cases and hospitalisations and deaths had been weakened, but not broken.

He warned that cases would go up, and deaths would increase.

“We’re in the face of an increasing epidemic at the moment so need to act accordingly to limit transmission,” he said.

“It’s about party management, rather than the public interest.”

He added: “To throw off all protections at the same time when infections are going up is reckless.

“We need a balanced approach. We need to keep key protections in place, including masks, including ventilation – and crucially, something we’ve been asking for throughout the pandemic, proper payments to those who need to self-isolate.”

The vaccine rollout will be further accelerated by reducing the dosing interval for under-40s from 12 weeks to eight weeks.

This matches the shorter eight-week interval that already exists for over-40s between their first and second dose.

It means the government now expects all adults to have been offered the chance for a second dose by mid-September.

While the government will still urge people to consider wearing face coverings in enclosed spaces, and where they are with people they aren’t normally exposed to, this will be “guidance” – and not enforceable by law.

That means current legal rules, which mandate masks on trains, buses, aeroplanes, in hospitals, care homes, shops and indoor venues could be scrapped within two weeks.

Instead, people will be asked to use “personal judgement” when deciding when and where to use face coverings.

The scientific basis for mask wearing is that they are as much – if not more – for the safety of others than for the wearer.

Asked if vulnerable people should avoid public transport, if they’re concerned about others not wearing masks, Boris Johnson ’s spokesman said: “It will be down to individuals to make a judgment on their personal circumstances.

“That’s been the case previously and the public have been able to do that based on the latest evidence and advice, and that’s the approach we’re going to take.”

A “proportionate” test, trace and isolate system will be retained, meaning people with Covid symptoms should continue to get a test.

Free asymptomatic testing – include lateral flow tests that you can order to your home – will be extended to September 30 for now. There is no hard date for these to end and they could be extended again.

Contact tracing will carry on, and it will remain a legal requirement to self-isolate if you test positive, or are asked to do so by Test and Trace.

But the PM said the government was “looking to move to a different regime for fully vaccinated contacts of those testing positive, and also for children.”

And it will no longer be a legal requirement to scan a QR code on the NHS app or give your details at a pub or restaurant.

The Government is still considering plans to allow fully vaccinated people to travel internationally without quarantining, and for school bubbles to be scrapped. 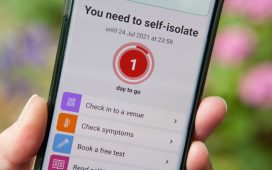 End of self-isolation could be delayed past August 16 if cases rise again, minister hints as says ‘we have to be agile’ 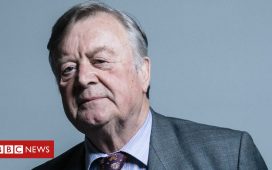 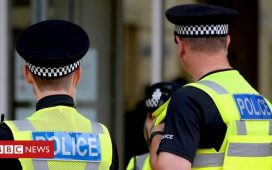 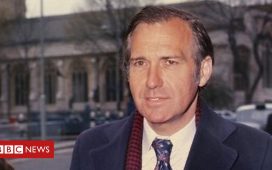 John Stonehouse: Bizarre tale of the MP who faked his own death 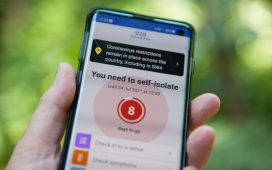 Soldiers and sailors ordered to turn off their Test and Trace apps as a record 5,200 are self-isolating 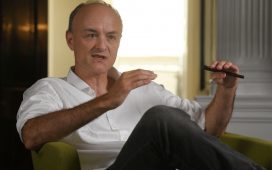