Boris Johnson called on business leaders on Wednesday to get behind plans for regulatory and legislative reform in a move that could attract the attention of Brussels officials over the prospect of a rapid divergence from EU rules by the UK.

In a call with 250 leading business figures, Britain’s prime minister sought to rally business support for Mr Johnson’s vision for the UK after Brexit, exhorting them to grasp the opportunities that came from leaving the EU. The call was also attended by chancellor Rishi Sunak, business secretary Alok Sharma and international trade secretary Liz Truss.

Mr Johnson asked business groups and top executives to come up with ideas about how to change regulations in the UK to support future economic growth, saying that he did not want his administration to be defined by Covid-19 and Brexit. The UK would need regulatory and legislative change, he said.

That could ring alarm bells in the EU given that Britain has agreed in its post-Brexit trade deal to broadly stay in line with ‘level playing field’ rules governing the bloc in the future. If the UK diverges on issues such as workers’ rights and environmental protections it could trigger sanctions from Brussels — although there is some flexibility built into the trade deal in other areas.

The prime minister tried to set aside several years of rancorous debate over the impact of Brexit on UK companies — insisting that this was now “over as a thing bedevilling British politics”.

Mr Johnson said he “was bubbling with enthusiasm about these opportunities” after the UK left the EU and stressed the importance of working closely with business.

Mr Sunak said that businesses should expect consumer spending to come back quickly after lockdown restrictions were lifted, noting pent up demand and the fact that households were building up savings.

The chancellor said he wanted to boost growth by investing in skills, infrastructure and innovation, including green technologies. The Budget at the start of March is expected to focus on the government’s “levelling up” agenda, innovation, the green economy and digital industries.

The event was very controlled, you couldn’t talk unless Number 10 let you.

Mr Sunak, who supported Brexit, claimed that Britain’s departure from the EU was “an opportunity” for financial services and professional services, even though the trade deal agreed with Brussels last month did little for either sector. Both face new obstacles to trade with the EU. Mr Sunak called for ideas over how best to support financial services in future.

Attendees noted that the video call was highly stage-managed. “It was all boosterish stuff,” said one person on the call. “The event was very controlled, you couldn’t talk unless Number 10 let you, they vetted questions in advance, they picked questions that wouldn’t be hard to answer.”

Responding to a question from CBI boss Tony Danker about how the UK should make its “big bets” for the future, Mr Johnson said that it was good that the CBI and the government were in alignment at last.

The CBI’s relationship with the government has been strained by the business group’s opposition to Brexit.

Mr Johnson said he had put Mr Sunak in charge of project speed, which will aim to improve the delivery of infrastructure projects. He voiced his frustration with how slow the British state moved.

Ms Truss gave a positive update on the talks with Washington over a US-UK trade deal and talked about the benefits of eventually joining the Trans-Pacific Partnership Agreement.

Mr Johnson also struck a confident tone about the future of cities, predicting that many on the call would not be changing their business models after Covid-19 and insisting that people would want to “interact physically” again, bringing life and dynamism to cities and the economy.

The prime minister was asked questions from companies including GSK, whose boss Emma Walmsley asked about how to make Britain a global science superpower, and BlackRock, which questioned how the UK could become more attractive for investment. 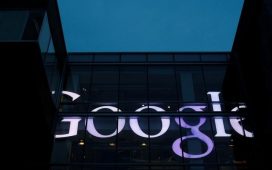 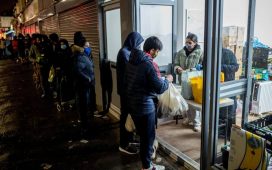 Deliveroo secures $180m in funding as it prepares for IPO