Boris Johnson appoints Dan Rosenfield as No 10 chief of staff


Boris Johnson has appointed Dan Rosenfield, a relatively little-known former Treasury official and banker, to become his chief of staff, a key part of a reorganisation process following the departure of Dominic Cummings.

Rosenfield currently works for Hakluyt, an upmarket corporate advisory firm that has a number of former intelligence members among its staff. He will take over from Edward Lister, Johnson’s longtime aide and interim chief of staff, on 1 January.

Rosenfield, who is Hakluyt’s global head of corporate clients and runs the UK side of the business, formerly held a senior role at Bank of America. He spent more than 10 years as an official at the Treasury, acting as principal private secretary to Alistair Darling and George Osborne when they were chancellors, from 2007 to 2011.

He chairs World Jewish Relief, a British Jewish community humanitarian agency. Last week, it joined more than 180 other charities to call on Johnson to rethink his plans to reduce the proportion of GDP the UK spends on overseas aid.

The appointment of a relative outsider will wrongfoot those who had been pushing for the role to either go to a Conservative MP or to a well-established political insider.

Rosenfield is not well-known in Conservative circles, or even to have shown any particular affiliation to the party. He has spoken warmly of his time working with Osborne, and some speculate the former chancellor could have suggested Rosenfield for the role.

One former colleague from Rosenfield’s days as a Whitehall civil servant described him as “popular and smart, very good to work with, friendly and sociable”, adding: “It’s a definite change of type for No 10.” Another said he was “very, very straight talking”.

The appointment follows the departure a fortnight ago of Cummings, Johnson’s controversial chief aide, and of Lee Cain, the Downing Street head of communications, amid bitter infighting within No 10.

Johnson had offered the chief of staff job to Cain, but this was resisted by some within Downing Street, among them Johnson’s fiancee, Carrie Symonds. The role had not officially existed before, although Cummings in effect acted as this.

A number of Conservative MPs had urged Johnson to use the departures as an opportunity to revamp what many complained was a dysfunctional No 10 operation, seen as out of touch with backbenchers and lurching from crisis to crisis.

While Lister took over as chief of staff on a temporary basis, a number of people were tipped to get the job permanently, including the MPs Alex Burghart and Oliver Dowden, and longtime Conservative insiders such as Isaac Levido, a a protege of the political adviser Lynton Crosby, who was involved in the Tories’ 2019 election victory, or the special adviser Henry Newman.

The Downing Street announcement said Lister, who is now a peer and was a key Johnson aide when the PM was London mayor, would from January “continue to provide support to both the prime minister and the new chief of staff”. 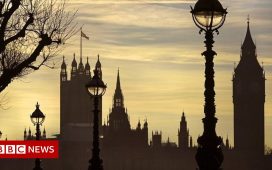 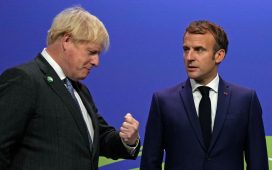