Boris Johnson was on Friday branded “unwise” over his handling of a lavish refurbishment of his Downing Street flat, but a long-awaited official report into the affair has cleared him of breaching the ministerial code.

Lord Christopher Geidt, independent adviser on ministerial standards, said the prime minister proceeded with the work — “unwisely in my view” — without “more rigorous regard of how this would be funded”.

But Geidt said Johnson was not the subject of any conflict of interest, even though some of the refurbishment work to the flat above 11 Downing Street was funded initially by Lord David Brownlow, a leading Conservative party donor, who put up £58,000 to cover certain costs.

Geidt reserved some of his strongest criticism in his report for unnamed civil servants, who he said failed to give Johnson proper advice about the funding of the project.

Geidt accepted Johnson’s explanation that he thought the refurbishment work was being funded by a charitable trust and said the prime minister was distracted because the project — overseen by his fiancée Carrie Symonds — was being undertaken in “the middle of a pandemic”.

Legal problems arose around whether the trust could pay for work on private apartments in Downing Street.

Angela Rayner, Labour’s deputy leader, said it was “staggering” Johnson could rack up a large bill for “a luxury refurbishment yet have no knowledge of how it was eventually paid”.

She added: “The government has at long last admitted that a Tory donor has been funding the prime minister’s private life . . . No 10 must now come clean about how far this goes.”

Geidt’s report said Brownlow told Cabinet Office officials on October 20 2020 that he had settled an invoice for work on Johnson’s flat directly with the supplier.

“Cabinet Office officials appear not to have acted on this information to the extent of informing the prime minister, let alone offering him advice on his private interests,” it added.

Geidt said Simon Case, cabinet secretary, had “acknowledged shortcomings” by his officials and promised to make sure it did not happen again. Relations between Johnson and Case are strained.

Geidt accepted that Johnson did not know that Brownlow had initially paid some of the costs of the refurbishment work and that he only became aware of the potential problem from media reports in February 2021.

He said there was “no actual or perceived” conflict of interest affecting Johnson.

Initial payments for the refurbishment work by the Conservatives did not create a conflict, because Johnson already had a “strong connection” with his own party, added Geidt.

He said there was no evidence Brownlow acted with “anything other than altruistic and philanthropic motives” and that Johnson repaid the peer as soon as he realised the Tory donor had initially funded some of the work.

A Number 10 spokesperson said: “Lord Geidt’s independent report shows the prime minister acted in accordance with the ministerial code at all times.”

The spokesperson noted that Johnson was entitled to a £30,000 annual state grant for work on the flat, adding: “Other than works funded through the annual allowance, the costs of the wider refurbishment of the flat are not being financed by taxpayers and have been settled by the prime minister personally.”

Meanwhile Geidt found that Matt Hancock, the health secretary, had committed a “minor” breach of the ministerial code by failing to declare a potential conflict of interest involving his family.

Hancock did not disclose he held a 20 per cent stake in Topwood, a company founded by his sister and brother-in-law, when it was awarded a contract with the NHS in February 2019.

Geidt said either Hancock’s sister or brother-in-law had failed to raise the contract with him.

He added: “I recognise that Mr Hancock has acted with integrity throughout and that this event should in no way impugn his good character or ministerial record.” 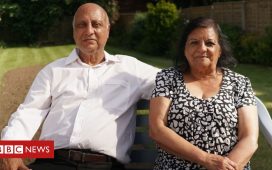 Post Office scandal: 'I just forgot how to laugh' 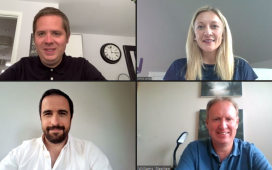 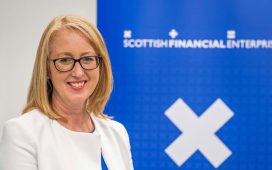 Scotland named the most attractive region for foreign investment outside London