A former Deputy Director of the Department of State Service (DSS), Dennis Amakiri have reacted to the attack on security intelligence by citizens.

This is as Nigerians have continued to blame the crisis in the northeast region on alleged lapses in the nation’s security architecture and intelligence gathering techniques.

Amakiri said there was nothing wrong with the issue of intelligence gathering in the region but the attitude of the Borno State Governor has resulted in the attack.

The former Director, State Security Services, during a programme on Channels Television on Thursday, said, the Borno State Governor, Professor Zulum was warned earlier against taking such dangerous voyage to Baga.

He said Zulum has constantly been given security intelligence of the situation in his domain.

“The Governor of Borno State was given the intelligence that this road is not safe, he felt he could go,” he said. “And being the Chief Executive, he ventured out. He was attacked twice. I hope he will not go again because at least they continue telling him, managing him to make sure that he keeps himself safe.”

Mr. Dennis Amakiri said there are procedures to be carried out before Very Important Persons (VIPs) move especially in a situation and places like Borno State. 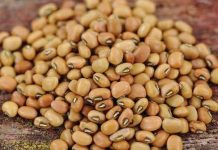 Nigeria to rake in $638m through cowpea export – OFAB