The Boeing 737 Max could return to European skies by summer once approval for the plane to fly again is granted in the EU next week.

It would mark a critical step in its return to service, after the 737 Max was grounded worldwide following crashes in Indonesia and Ethiopia caused by a faulty sensor, which repeatedly triggered a system that pushed the nose down. A total of 346 people died in the two accidents.

Patrick Ky, the executive director of the European Union Aviation Safety Agency, said on Tuesday it would publish an updated airworthiness directive next week, following in the footsteps of regulators in the US and Brazil.

The 737 Max will be able to return to service as soon as Boeing has updated software and rewired some components, and airlines have trained their pilots in the changes. Ky said the version of the 737 Max bought by Irish airline Ryanair will be certified “in the coming weeks”, meaning it will probably be ready for service by summer.

A Ryanair spokesperson said the airline expected to receive its first deliveries of the newly ordered planes in late March or early April, meaning it would be flying passengers in the 737 Max for the first time in April.

Airlines in Brazil and the US are already operating commercial flights using the plane.

Ky said the European regulator had carried out its own tests on parts and systems for which it had previously relied on the US Federal Aviation Administration. 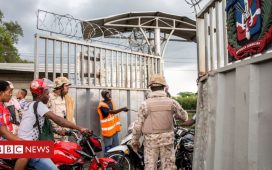