A bodybuilder given the all-clear from her pelvic cancer by NHS doctors discovered just a month later that her disease returned and was terminal.

Gemma Sisson, 38, from Bridlington, East Yorkshire, was told she had fought off the killer disease in July after battling it since March 2018.

Medics at Leeds Cancer Centre assured the bikini competitor she would only need yearly scans to make sure the cancer did not return.

But despite being given the all-clear, she had pains in her neck and back. Ms Sisson shrugged them off as a consequence of her exercise regime.

But her physiotherapist advised her to go for a private scan in August when the pains did not go away.

The MRI, which cost her £330, revealed the cancer had spread to her spine, liver and stomach – making it incurable. She was told the disease would kill her. 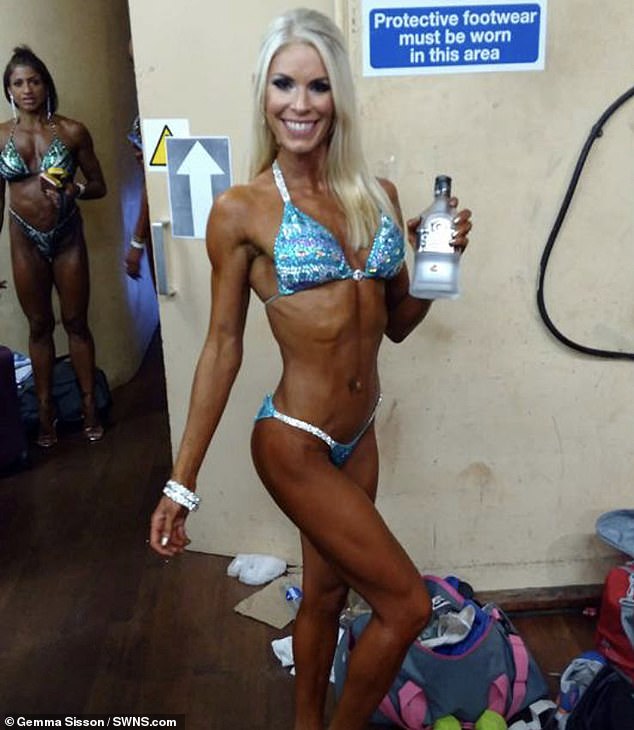 Bodybuilder Gemma Sisson (pictured after a show in 2016), 38, was told she was cancer-free by NHS doctors in June 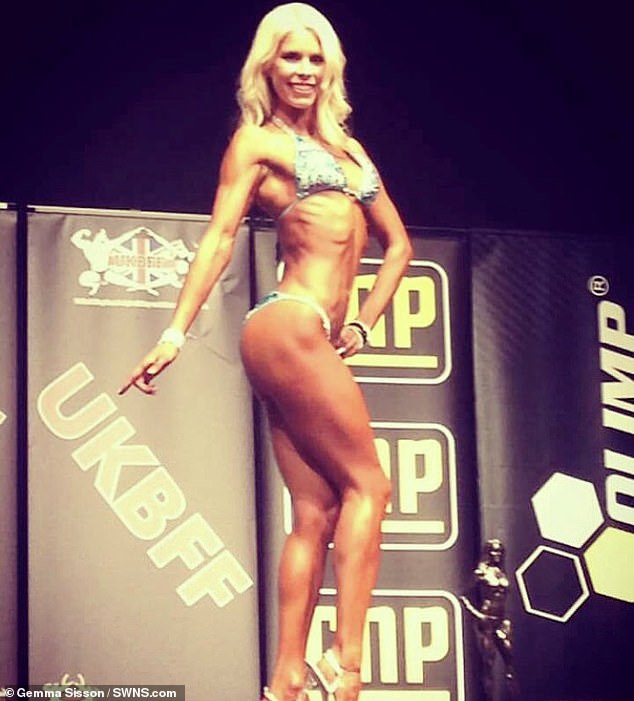 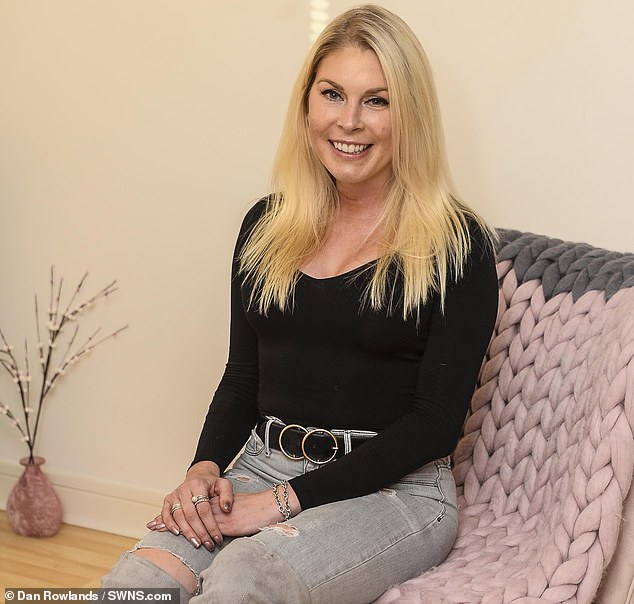 Ms Sisson said she felt let down by the health service and believes medics were too quick to tell her she was cancer-free.

She added: ‘Obviously I wasn’t all-clear. I had a final, bigger CT scan from the NHS in July to check the cancer had gone.

‘They missed small tumours that developed in my stomach and they did not scan far up enough to spot the cancer at the top of my spine – they missed it by millimetres.

READ  Liver cancer symptoms: Eight signs you may not associate with the disease

‘At my last scan in July they decided I could now switch to yearly scans. I dread to think how bad I would have become waiting another year for a scan.’

Ms Sisson said she feels lucky to have found the secondary cancer before it ravaged her spine and paralysed her. But she believes it could have been detected earlier.

She credits her physiotherapist for ‘saving her life’ by advising her to go for another scan.

Ms Sisson added: ‘I was going to my GP and was getting very strong painkillers but it did not enter my head that it could be anything to do with cancer.

‘Unfortunately, nobody else – including a chiropractor and medics at Leeds General Infirmary (LGI) A&E – made the connection either or even looked any further to investigate my back pain. 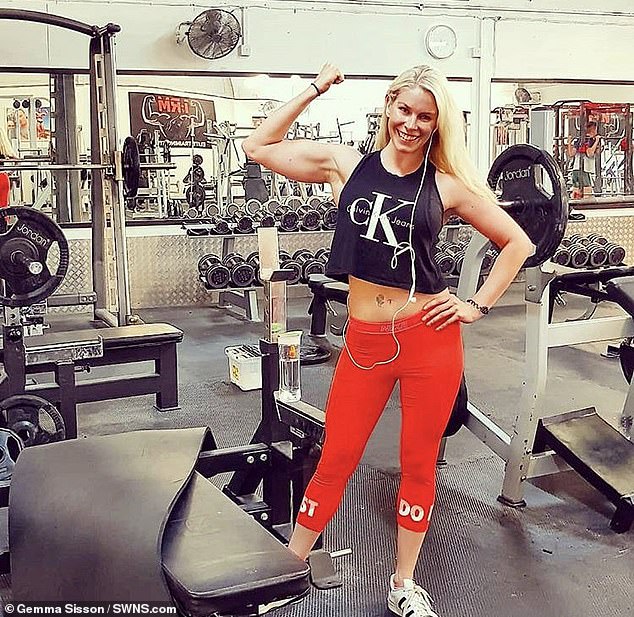 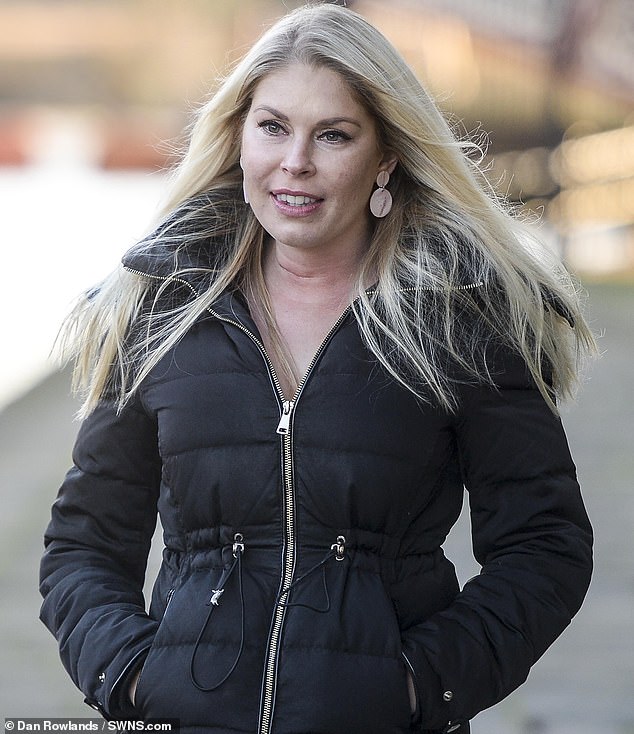 But she was plagued with persistent pains in her neck and back, which she presumed were caused by her rigorous exercise regime 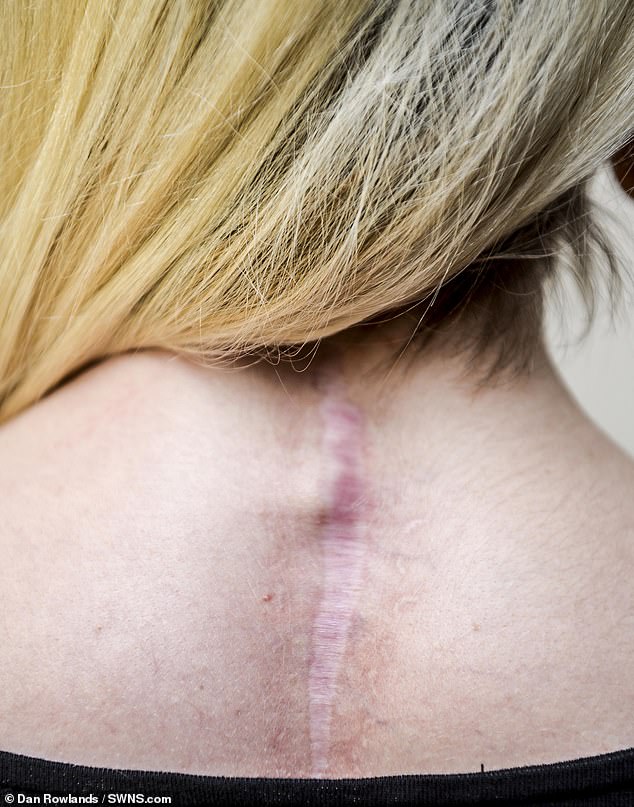 Her physiotherapist advised her to go for a private scan in August when the pains did not go away. The MRI revealed the cancer had spread to her spine, liver and stomach. Pictured after surgery to remove tumours from her spine

HOW CAN CANCER SPREAD THROUGH THE BLOOD?

Cancerous tumours are made up of living cells which multiply uncontrollably.

While most of these new, dangerous, cells stick to the original tumour, some are released and can travel round the body through the bloodstream.

Moving cancer cells can, if they survive the journey, become lodged in another part of the body and start one of their own tumours – called a satellite tumour.

These metastatic tumours are typically the most dangerous and form secondary cancers which are harder and sometimes impossible to cure.

However, only a few of the thousands of moving cancer cells in the blood will survive. They can be destroyed by the immune system or smashed up by other blood cells.

But some may be able to stick to platelets – clotting ingredients – to form clumps which, if stuck in the blood vessel, might buy time for the cancer cell to travel out of the blood and into the body.

Scientists are looking into ways of measuring circulating cancer cells as a way of testing different types of cancer and working out which treatments might work best.

‘When I went for private physio care, the pyshiotherapist told me straight away that I ought to go for a scan on my neck to see what was going on – the pain was so severe I had to pick my own head up to get up in the morning.

‘He had worked at the LGI in the spinal injuries unit for several years, and he literally saved my life and stopped me being paralysed.’

The scan she paid £330 for in August revealed cancer in her spine had eaten away at two and a half vertebrae.

It showed the tumours growing on her spine, liver and her stomach – known as stage five cancer, the most deadly kind. Ms Sisson was told the disease was incurable.

Ms Sisson underwent major surgery at the LGI on her spine, which took seven hours, during which they removed the tumours and collapsed vertebrae and relieved pressure on her spinal cord.

READ  Vitamin B12 deficiency symptoms: Four signs you could be lacking B12

At this stage doctors are unable to give Ms Sisson a prognosis. She will undergo chemotherapy every three weeks from now until the cancer ultimately takes her life.

Ms Sisson said: ‘I am very fit and healthy, I eat well and exercise, I’ve never smoked and don’t drink to excess, sadly I think this possibly went against me as I was ill. Even I didn’t think this could happen to me.’

She has started a petition calling for thorough checks for the life-threatening illness before patients are told they are cancer-free.

It has so far attracted almost 50,000 signatures with many contributors telling their own horror stories of how they did not find other cancers until it was too late.

Ms Sisson’s friends Rachael Harrison and Sarah Brown started up a GoFundMe page to raise funds for her to cover rent and day-to-day expenses – and tick off some activities on her bucket list – now she is no longer able to work, which has already raised almost £15,000.

Dr Yvette Oade, chief medical officer at Leeds Teaching Hospitals NHS Trust said: ‘Full body scans are offered to cancer patients where it is appropriate and there is clinical evidence to support this, in order to assess the patient’s response to treatment.

‘Unfortunately there is never a guarantee, even if there is no evidence of active disease after treatment, that the cancer will not recur in another area of the body.

To donate to Ms Sisson’s cause, visit here

Nominate a health hero: Meet the mental health nurse battling her own demons

Testing 'may not prevent new coronavirus wave' when schools reopen

Sadiq Khan furious at 'plans to quarantine London inside M25'

World Health Organisation warns coronavirus kills 0.6% of patients & that there ‘may never be silver bullet’ to kill bug

Painkillers such as paracetamol ‘do more harm than good’ for chronic pain, say health officials