In late 1995, one of the US’s shrewdest political observers, Michael Barone, wrote of Senator Bob Dole that he “towers over everyone else in the political landscape, even the president”. Less than 12 months later, Dole, who has died aged 98, had given up his prized leadership of the Republican-controlled Senate to run one of the most inept presidential campaigns in modern US history. It ended with his hard-won reputation as a master politician in tatters and his opponent, Bill Clinton, becoming the first Democratic president to be voted a second term for 52 years.

By the time Dole felt obliged to surrender his Senate seat in a desperate effort to revive his flagging campaign, he had represented Kansas on Capitol Hill for 36 years, the longest Republican incumbency of his generation.

He served first, for eight years, in the House of Representatives. His election in 1960 had come after a long apprenticeship making himself known to all levels of the deeply conservative society of the rural midwest. He reached Washington only after service in the Kansas state legislature and eight years as a county prosecuting attorney in his small home town of Russell.

Elected to office as a staunch conservative, he retained that view for the rest of his political life.

As a young man, he had been hit by a shell during wartime service in Italy. The shoulder injury, from which he nearly died, became the overriding influence on the rest of his life. The determination he had mobilised to fight his disability was harnessed to his political career and early on he revealed two characteristics that were to mark his campaigning style – readiness to fight a deeply partisan battle and the acerbic wit he often employed to further his cause.

During his four terms in the House of Representatives Dole carved out a solid enough reputation to secure him victory when he ran for the Senate in the watershed year of 1968, amid the turmoil of the Vietnam war and the social cataclysm set off by the assassinations of Martin Luther King and Bobby Kennedy. It was a good year for the Senate Republicans, who gained seven seats from the Democrats, but they still did not control the chamber.

Dole soon found himself mounting a vigorous defence of Richard Nixon as the new president settled in to face a hostile Congress. It was plain that the two men had much in common, both politically and personally. In short order Dole was fighting the Democrats’ effort to stop US military action in Cambodia and coming under fire for procedural manoeuvres that the chairman of the Senate armed services committee said “bordered on the ridiculous”.

It won him enough points in the White House, however, for the president to appoint him chairman of the Republican National Committee in 1971, his first rise to national prominence. He carried out the role assiduously, building up the party in preparation for the 1972 re-election battle, until obliged to fall on his sword in 1973 when Nixon needed something for George HW Bush, newly replaced as UN ambassador, in the post-election reshuffle. That proved an unexpected blessing for Dole as the Watergate scandal unravelled and Bush found himself forced to defend the indefensible.

It may have been this relative obscurity that narrowly saved the senator’s bacon after Nixon’s unprecedented resignation. He had to fight for his seat in a deeply hostile mid-term election which saw the Democrats in Congress achieve a large enough majority to override any presidential veto, the first time that had happened for nearly 40 years.

Two years later, the 1976 general election found the unelected President Gerald Ford under siege not only because of the circumstances of his arrival at the White House and his decision to pardon Nixon but because his own Republican right thought him too soft. He won the party nomination by a majority of only 4% over Ronald Reagan and, in an effort to appease his opponents and unify the party, chose Dole as his running mate.

It was a disastrous move. Dole’s combative style in the campaign soon had the country in a furore, particularly after he had characterised the century’s two world conflicts as “Democrat wars”. Jimmy Carter squeaked into office with just 50.1% of the popular vote – a margin of 1.6m in a total of just over 80m – and Dole was widely blamed for the outcome.

However, as the country swung to the right in the Reagan years, Dole’s reputation recovered. He was chairman of the Senate finance committee during the White House tax-cutting campaign of 1981 and demonstrated his exceptional skill at managing the intricate legislative process.

But he was far from happy about the budgetary consequences of the measures and successfully manoeuvred an offsetting bill through the Senate the following year in an attempt to stop the federal deficit ballooning uncontrollably. The clumsily named but effective Tax Equity and Fiscal Responsibility Act led the then fiery young congressman Newt Gingrich to dub Dole “the tax collector for the welfare state”.

But, generally speaking, Dole’s legislative record was poor: he was a manager rather than an innovator. As leader of the Senate Republicans for more than a decade his unrivalled talent, of inestimable value in a constitutional structure designed to reduce intransigence to deadlock, was to wheel and deal until common ground had mysteriously surfaced from the party quagmire.

Among the fruits of his efforts were such laws as those extending food stamp relief for very poor people, the 1982 Voting Rights Act, and important new federal support for disabled people.

But his lack of specific ideological aims repeatedly undermined his wider ambitions. His first bid for the presidency ended abruptly in 1980 with a derisory vote of 607 in the New Hampshire primary. His second attempt in 1988 appeared at first to be going far more smoothly until George HW Bush’s spin doctors successfully induced Dole to lose his temper during a televised debate in New Hampshire and snarl at his opponent “stop lying about my record”. Bush romped through the subsequent primaries.

In 1996 Dole secured the Republican nomination but seemed wholly unable to mount a credible campaign against an ostensibly vulnerable Clinton. The president had a poor legislative record and there was a host of allegations of sexual and financial misconduct. But Dole’s electioneering was marked by poorly delivered speeches whose content baffled many of his audiences. He seemed to have no clear electoral strategy and constantly reshuffled his staff in the effort to develop one.

In the final stages, with the opinion polls swinging steadily towards the Democrats, even his own party gave up the fight to sit resignedly awaiting the inevitable defeat. That dismal 1996 campaign persuaded only 49% of eligible voters to turn out (the second lowest figure in US history) and Dole’s failure to address issues important to female voters proved to be critical. While he and Clinton each secured 44% of the male vote, Dole could attract only one third of women’s ballots.

Robert was the son of a small dairy retailer, Doran Dole, and his wife Bina (nee Talbott). There were few indications in his early life that he would emerge from the pack. His formative years were spent in that disastrous period of the 1930s when poor farming methods had turned the Great Plains into a dust bowl and the Depression had limited the few alternative ways of making a living. Government relief was the only lifeline for many families, a deeply traumatic experience for homesteaders whose principal creed was self-reliance.

The six members of the Dole family kept going by moving into their basement and renting out the rest of their house to an oil prospector, but they were obliged to pinch and scrape for years. Doran gave up the dairy business for the more secure post of managing a grain storage unit and his mother sold sewing machines door-to-door.

Robert, who had shown himself a formidable athlete during his school career but not much of an academic, nonetheless gained the financial support of a local banker to enrol at the University of Kansas. He wanted to become a doctor but the US was pitched into the second world war and the 18-year-old student found himself in the US army, fighting in Europe.

On 14 April 1945, three weeks before the end of the European campaign, he was leading an assault on a German machine gun position in the Po valley in Italy when a shell smashed his spine and tore his right shoulder apart, leaving him temporarily paralysed.

On his return to Russell, local people raised a fund to send him to Chicago for treatment by one of the leading neurosurgeons of the day, Hampar Kelikian. During the three-year course, for which the doctor refused payment, Kelikian became one of Dole’s closest friends and eventually persuaded the young man that he would have to cope with the permanent disablement of his right arm.

The occupational therapist brought in to train him for this disability, Phyllis Holden, became Dole’s first wife in 1948, and they had a daughter, Robin.

Under the spur of the doctor and the therapist, Dole settled down to cope with the pain he would endure for the rest of his life. He resumed his university career but diverted to a law degree. Since he was still unable to write with his left hand, his wife sat with him to take lecture notes and write out examination answers to Dole’s dictation.

To outsiders the young man seemed to overcome most of his physical problems, but this was really because of a great deal of backstage manoeuvring. As he embarked on his political career his wife padded his suits to disguise his injured arm and shoulder and arranged for his food to arrive ready cut at public functions. Dole took to carrying a pencil permanently in his right hand to avert the agony of anyone trying to shake it.

In 1950, at the age of 27, he became one of the youngest state legislators in the history of Kansas. In an overwhelmingly Republican state he naturally ran as a steadfast conservative. He also began to show the obsession with every aspect of politics for which he later became renowned.

He was far from the favourite in the 1960 Republican primary for the first congressional district, covering about three-quarters of Kansas, but eventually won the election, embarking on a Washington career that would last nearly four decades.

After standing down as a senator, and his defeat in the 1996 presidential election, he did not seek public office again. It was a sad ending at the age of 73 to a career in which he had served his country well in war and in peace. Many of his most significant contributions were made well away from the public eye. In the words of one of his staff, “people never just knew what Bob Dole achieved late at night in the Senate”.

He wrote a number of books, including a memoir of his second world war experiences, One Soldier’s Story (2005). The only former Republican nominee to endorse Donald Trump, he was awarded the Congressional gold medal in 2018 for his service as “soldier, legislator and statesman”. In 2019 Congress made him an honorary colonel.

His first marriage ended in divorce in 1972. Three years later he married Elizabeth Hanford, who – as Elizabeth Dole – became a leading political figure in her own right, serving in the administrations of Reagan and Bush Sr, and later as a senator. She survives him, along with his daughter. 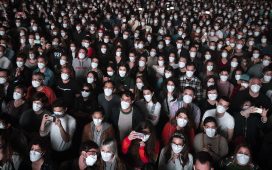 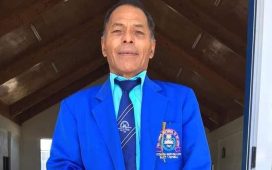