The Toronto Blue Jays will extend the protective netting at Rogers Center before the 2020 season, and they’re taking the same measures at their spring training stadium in Dunedin, Fla.

“Extending the protective netting at Rogers Center and Dunedin Stadium is a clear next step for our organization and one that reflects our team’s values,” said Andrew Miller, the team’s executive vice president of business operations. “As fans and followers of the game, it is vitally important for us to preserve and enhance the live baseball experience, while also ensuring everyone who visits our ballparks can do so safely.”

The netting at Rogers Center currently extends to the end of the dugouts, and the Blue Jays said they are working to figure out the new dimensions.

The Chicago White Sox and Washington Nationals already have extended the netting in their ballparks as fears about fan safety have increased.

Last August, a 79-year-old woman died after being hit in the head by a batted ball at Dodger Stadium. In May, a 2-year-old who was hit by a foul ball at Houston’s Minute Maid Park suffered a skull fracture, bleeding, brain contusions and brain edema, according to the Houston Chronicle.

And on Sunday, a woman was taken to the hospital after being struck by a ball at Globe Life Park in Arlington, Texas.

The Rangers and Dodgers announced earlier their plans to extend netting in their stadiums. 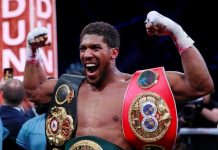 Kobe Bryant death: What we know about helicopter disaster that killed nine people

Daley Thompson: 'I'd love to help British athletes. I'd be over the moon'