A pair of adorable kitties have a closer bond than most – with one being blind, and the other one supporting her.

Now, Kiki and Pippin, both seven years old, are looking for their forever home – but they have to come as a pair.

The two cats came into the care of the RSPCA Canterbury and District branch after their owners could no longer care for them.

Kiki and Pippin arrived at the centre in Kent in May this year. They received a full vet check-up when they arrived at the RSPCA, which revealed that Pippin is blind in both eyes.

The staff don’t know whether this was a gradual process or sudden, but Pippin doesn’t have any sight at all.

Thankfully, Kiki is there to help Pippin, and the pair have become inseperable.

‘Despite discovering that poor Pippin is completely blind, she can still navigate around the two pods she has access to without any issues and we know that she previously had access to a garden,’ says an RSPCA spokesperson.

‘We think the support of Kiki is helping her be more confident without her sight as her feline friend guides her through life.’

The pair are very close and will need to be rehomed together.

‘As they have been passed between different owners recently, these girls really do deserve to find a stable and loving forever home to give them their second chance at happiness,’ adds the RSPCA spokesperson.

Kiki and Pippin are looking for an adult-only home, with no other pets and will need a secure garden away from busy roads.

If you think you can give Kiki and Pippin a loving forever home, you can contact the RSPCA Canterbury and District branch on info@rspca-canterbury.org.uk or call 01227 719113.

Do you have an animal story to share? We want to hear from you.


MORE : Adorable kitten born without a bottom is now thriving after life-saving surgery


MORE : How to do the eagle with a broken wing sex position, as loved by Love Island’s Faye 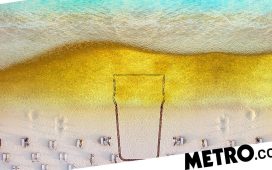 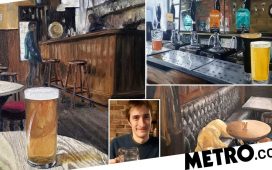 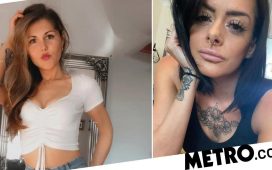 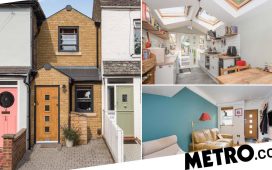