Blind patients have been able to recognise family members for the first time in years after volunteering for a pioneering gene editing experiment.

Michael Kalberer, 43, and Carlene Knight, 54, both suffer from an incurable eye disease which robbed them of their vision in adulthood.

Earlier this year they were among seven patients who allowed scientists to modify their DNA by injecting the gene-editing tool CRISPR into them.

While their vision has not been fully restored, they are able to see colors, navigate hallways and make out silhouettes.

Mr Kalberer, from Long Island, revealed he was able to recognise relatives on the dancefloor of his cousin’s wedding, something which had been impossible for years.

He told National Public Radio: ‘I could see the DJ’s strobe lights change color and identify them to my cousins who were dancing with me. That was a very, very fun joyous moment.’

Ms Knight, from Portland, Oregon, said she could finally see color clearly for the first time since she was a child, which she described as ‘just amazing’. To celebrate, she had dyed her hair her favorite color — green.

The pair signed up to receive the experimental treatment at the Oregon Health & Science University in May.

It was the first time CRISPR – which has shown promise in treating conditions like sickle cell disease — had ever been used to edit a person’s genes inside their body. 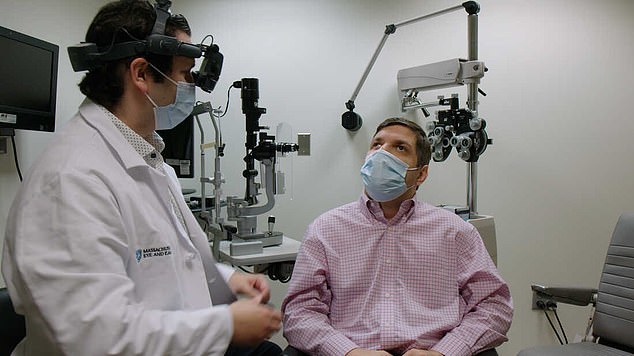 Michael Kalberer, 43, from Long Island, revealed he was able to recognise relatives on the dancefloor of his cousin’s wedding, something which had been impossible for years 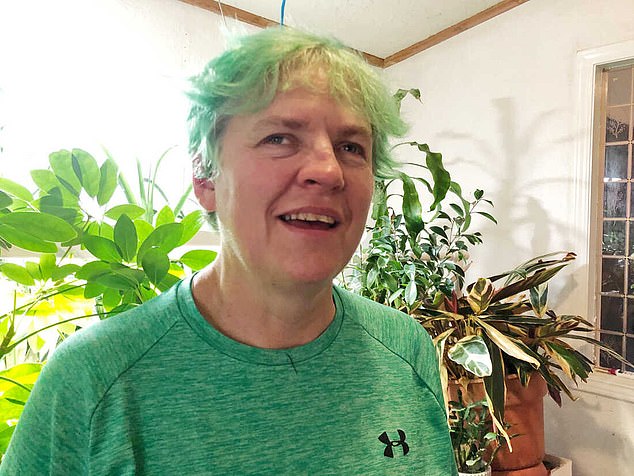 Carlene Knight, 54, from Portland, Oregon, said she could finally see color for the first time since she was a child, which she described as ‘just amazing’. To celebrate, she had dyed her hair her favorite color — green

Both Kalberer and Knight were both born with a rare genetic eye disorder called Leber congenital amaurosis (LCA).

Sufferers have rods and cones – cells that detect dim and bright light, respectively – in the retina that do not function properly.

Some are blind at birth while others experience visual loss over time, which was the case for Kalberer and Knight.

LCA is estimated to affect between one and two babies out of every 100,000 births, according to the National Organization for Rare Disorders.

WHAT IS GENE EDITING?

Scientists use different technologies to do this.

These technologies act like scissors, cutting the DNA at a specific spot.

Then scientists can remove, add, or replace the DNA where it was cut.

The first genome editing technologies were developed in the late 1900s.

More recently, a new genome editing tool called CRISPR, invented in 2009, has made it easier than ever to edit DNA.

Both patients have a version of the disease caused by a defect in the gene CEP290, which regulates a protein that keeps the eye healthy.

While CRISPR normally involves taking cells out of the body, editing them in the lab, and then infusing them back into patients — that’s not possible for diseases like LCA.

This is because retinal cells are too fragile to be removed, edit and reinserted, NPR reported.

In the trial, three tiny incisions were made in Knight’s left eye and Kalberer’s right eye to insert billions of benign virus particles carrying the CRISPR technology.

CRISPR then cut out the genetic mutation of the cells that affect the rods and cones, which spurred the body to produce properly working genes.

Scientists only operated on one eye to begin with, but plan to do the other eye if the patients continue to improve.

Not all patients in the trial saw results, for reasons which are still unknown.

And in those such as Knight and Kalberer, who did see benefit, their vision is still far from perfect.

But the results are so promising that the researchers have been given the go-ahead to move onto a larger group of patients.

Kalberer said the ability to make out shapes and light, and see better through his peripheral, had restored some normality to his life, including being able to eat out. 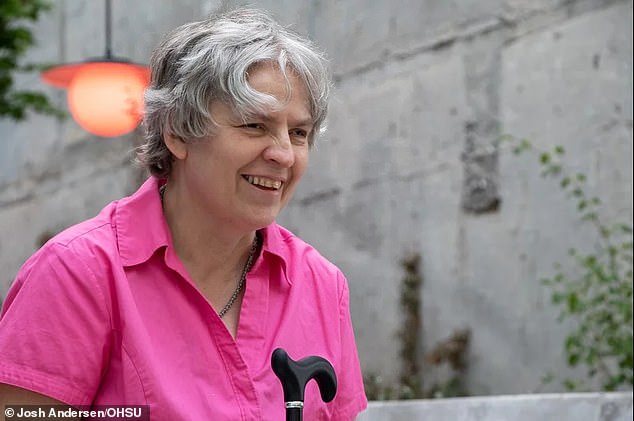 Carlene Knight (pictured), 54, from Portland, Oregon, is one of two patients with a rare genetic eye disorder called Leber congenital amaurosis (LCA) undergoing a new CRISPR study that will see genes edited while the DNA is inside the body 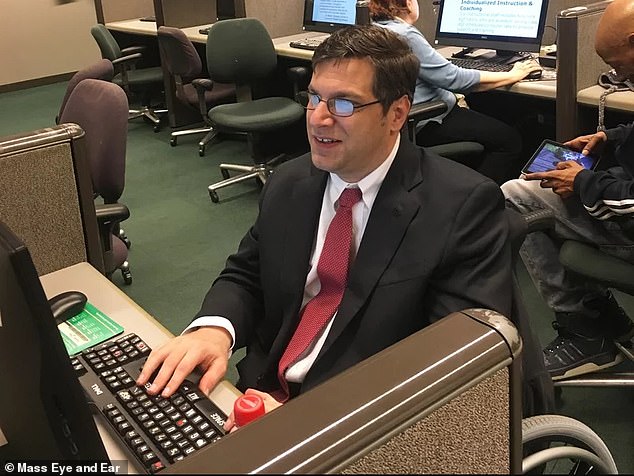 Michael Kalberer, 43 (pictured), from Long Island, New York, is the other patient undergoing the study in the hopes of restoring his vision 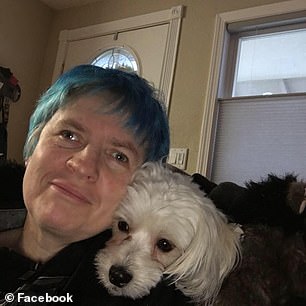 While it’s too soon to say if the technology is working yet, the team hopes it will either prevent further vision loss or even restore vision. Pictured: Knight

He added: ‘It has enabled me to navigate a plate of food and stab food a little bit easier.

‘If I look down at a plate of food and there’s spoon or utensil in it I can see the edge of the utensil on the outside of the bowl or plate.

‘So those changes are very, very significant to me.’

To his surprise, he can also now see colors for the first time in years. He noticed it about a month after the procedure when a red car drove past.

Mr Kalberer has been able to enjoy the simple pleasures in life, such as watching the sun set with friends.

‘Since I was a kid it’s one of those things I could enjoy with just a small amount of vision.

‘But now I realize how much brighter they were as a kid because I can see them a lot more brilliantly now. It’s just amazing.’ 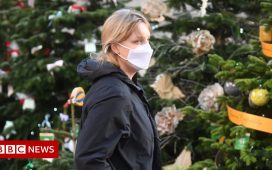 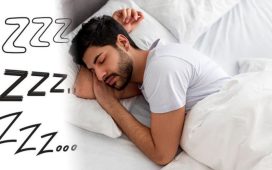 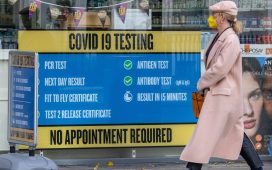