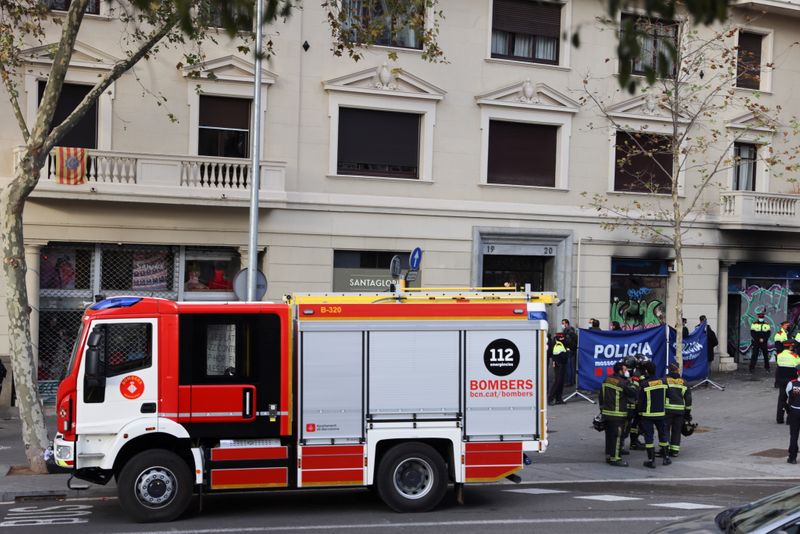 “Firefighters rescued 4 people and tried to resuscitate 4 more (2 adults, 1 child and 1 baby), who ended up dying,” the Barcelona firefighters said on Twitter (NYSE:).

The child was three years old and the baby three months old, local TV station TV3 reported. The other four evacuated people were hospitalised and are now out of danger.

The many abandoned buildings unsuitable for lodging but illegally occupied by homeless people in Barcelona and its neighbouring areas are creating a serious risk. About a year ago, several people died in an abandoned warehouse occupied by scores of squatters in Badalona, a Barcelona suburb.

A police spokesman said two families used to live in the bank branch. The cause of the fire is not known and police are investigating.