UK consumers splashed the cash in November as Black Friday boosted sales of clothing, toys and jewellery and spending on bars and restaurants rose.

Retail sales grew at an annual rate of 5 per cent in November, up from 1.3 per cent the previous month, according to data compiled by KPMG and the British Retail Consortium, an industry body.

Helen Dickinson, chief executive at the British Retail Consortium, said the sales season “could be more spread out” than in previous years. She added that consumers had been “erring on the side of caution” by buying gifts earlier in anticipation of potential shipping and transport delays.

Dickinson noted that Black Friday, the US discount holiday that this year fell on November 26, had become “a month-long affair” in the UK.

At the tills, shoppers have been snapping up clothing and jewellery, said Paul Martin, UK head of retail at KPMG, particularly in the high street where consumers have flocked ahead of Christmas.

The upbeat spending picture was confirmed by separate data from Barclaycard, which tracks nearly half of all UK credit and debit card transactions.

Spending on payment cards in Britain rose 16 per cent in November compared with the same period in 2019, reaching its highest level this year. A combination of early gift buying and festive outings had driven growth for the retail, hospitality and leisure sectors, showed data from Barclaycard.

Jose Carvalho, head of consumer products, at Barclaycard, said “the arrival of Christmas markets and lights” across the UK had brought “some festive cheer”.

Sales of clothing recorded their largest uplift since before the start of the pandemic as shoppers stocked up on warmer items for winter.

Specialist retailers, such as gift, toy and jewellery sellers, recorded brisk trading with a 21 per cent increase. Double-digit rates of growth were also registered in sports and outdoor retailers and health and beauty stores.

Spending on bars, pubs and clubs rose 34 per cent from November 2019. 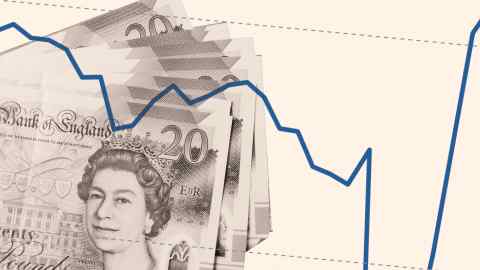 The data showed consumer spending continued to drive the UK’s economic rebound in the fourth quarter so far. In the three months to September, household consumption contributed 1.2 percentage points of the 1.3 per cent economic growth.

Separate data from GfK released this month also suggested that shoppers have largely shrugged off concerns over rising inflation and high Covid-19 infections.

However, the new Omicron coronavirus variant has raised the risk of new restrictions coming in the last part of the festive season.

As we head into final preparations for the holiday season, Carvalho said “it’s unclear how the new . . . variant and potential further restrictions will impact socialising, shopping and consumer confidence”.

A new start after 60: ‘I was a banker who finally took a risk – and bought the village shop’

Working from home: how it changed us forever