Investing.com – The crypto market continued to trade in the green on Thursday morning in Asia and gained more steam to rise past $8,200. The total market cap rose higher to $261 billion from $244.4 billion the day before.

The strong performance of Bitcoin these days prompted analysts to believe that the maturation of the digital coin as an asset is the reason.

On May 15, Bloomberg cited a report by web intelligence platform Indexica that claimed the age of cryptocurency has come. It said more financial experts and academics are deliberating about Bitcoin, and traditional institutions are taking it more seriously.

The report found three reasons that backed the rally of Bitcoin: a more complex conversation surrounding the digital token, fewer concerns about fraud and a shift in the tense of how Bitcoin is talked about from the past to the future.

“Think about it, executives will speak of good things they expect to happen on conference calls before they happen. They only mention mistakes afterwards,” said Zak Selbert, chief executive officer at Indexica.

Another news that drew attention is that the U.S. Securities and Exchange Commission (SEC) delayed to hand down a decision on a Bitcoin exchange traded-fund (ETF).

On May 14, the SEC said it has delayed the second time its decision on whether to approve cryptocurrency index fund provider Bitwise Asset Management’s Bitcoin ETF, after another delay in March. The regulators were supposed to reach a decision in 45 days, after Bitwise filed for an ETF in February.

Bitwise’s Bitcoin ETF is said to be different from others as it draws prices from various crypto exchanges to aim to better represent the market. 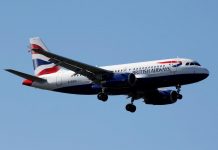