President Joe Biden has much repair and restoration work to do in East Asia. Donald Trump seriously degraded the United States’ role in the region, helping Beijing to escalate the most hostile and confrontational US–China relationship in 50 years. Simultaneously, Trump undermined US credibility with the allies and partners that Biden will rely on to confront the strategic challenge of China. 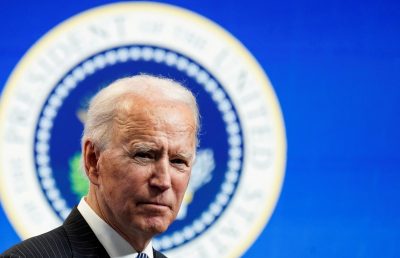 Even before the Trump era, East Asian nations had started reassessing their policies in the wake of historic shifts in the regional balance of power and growing doubts about the substance and sustainability of Washington’s commitment to the region. Trump exacerbated this with his confrontational approach to Beijing and his inconsistent and reckless approach towards US allies.

Biden will revive a more pragmatic and attentive posture towards the Asia Pacific. Many members of his foreign policy team — especially Secretary of State Antony Blinken, National Security Adviser Jake Sullivan and Indo-Pacific policy coordinator Kurt Campbell — have ample experience in the region from working in the Obama administration and earlier. But they know they cannot simply revert to Obama-era policies — the world has changed dramatically in the past four years. Washington needs new strategies and tactics, and some reassessment of its goals and aspirations in East Asia.

This recalibration will take time, especially given urgent domestic priorities, including controlling the COVID-19 pandemic and healing the country’s deep political divisions. Nor can he immediately reverse all of Trump’s East Asia policy initiatives. For example, domestic US politics will influence how quickly Biden can defuse the trade war with China, which also depends on reciprocal concessions from Beijing.

Biden will not retreat to a posture of complacency towards China or simply ‘engagement’; there is too much water under the bridge. During his presidential campaign, Biden wrote in Foreign Affairs that ‘the United States does need to get tough with China’ because of Beijing’s coercive and covert challenges to the United States and its allies and partners, China’s global efforts to legitimise its authoritarian socialist system, and its egregious human rights behaviour. Blinken, during his confirmation hearings, agreed with the Trump administration that China merits a strong US response, despite disagreeing with many of Trump’s tactics. Since taking office, he and Sullivan have reiterated the need to impose costs on China and to shape Beijing’s behaviour.

Although Biden’s team recognises the need for cooperation with Beijing on global issues of mutual concern — such as climate change, pandemics and economic crises — it will not cease to confront China on other issues. Campbell and Sullivan wrote jointly in Foreign Affairs that ‘the best approach’ to Beijing is ‘to lead with competition [and] follow with offers of cooperation’.

They outlined a policy of ‘managed coexistence’ and ‘sustained competition’, based on the acknowledgement that ‘each will need to be prepared to live with the other as a major power’. The Biden team recognises the need for a reciprocal approach, careful to not overestimate US leverage over China. Campbell and Sullivan also framed the goal as coexistence with China ‘on terms favourable to US interests and values’. The key challenge is competing with Beijing’s inevitable pursuit of terms favourable to Chinese interests and values, without letting the contest devolve into a zero-sum struggle for regional or global supremacy.

The good news for East Asia is that Biden and his team have been emphatic about their determination to reinvigorate US alliances and partnerships there, thus mending the damage done by Trump. Biden emphasised that Washington must ‘build a united front’ against ‘China’s abusive behaviours and human rights violations’. Campbell and Sullivan wrote that ‘the combined weight of US allies and partners can shape China’s choices across all domains … if Washington deepens all those relationships and works to tie them together’.

This is reassuring, but Biden’s task will not be easy: there is much ground to recover. The Trump presidency substantially eroded the exemplar of American democracy that underpinned Washington’s ties with its allies and partners. Biden has acknowledged the need to ‘salvage [America’s] reputation’ and ‘rebuild confidence in [US] leadership’.

But that is only the first step toward rebuilding trust in the United States’ commitment to East Asia and its prestige, reliability, economic competitiveness and military preparedness there. Washington must have an accurate and up-to-date understanding of its allies’ and partners’ varying interests, priorities and threat perceptions. The United States must avoid the risks of taking allies for granted — presuming that their ideas on how best to deal with China are identical to Washington’s, for example, or forcing them to choose between Beijing and Washington.

Much of East Asia has already adapted to a new regional security dynamic, so the United States cannot simply ‘catch up where it left off’. Washington must work closely with its allies and partners to understand where it now fits in East Asia’s balance of power and use that as the foundation for a renewal of American leadership in the Asia Pacific.

Paul Heer is a Distinguished Fellow at the Center for the National Interest, Washington DC, and a non-resident Senior Fellow at the Chicago Council on Global Affairs. He served as the US National Intelligence Officer for East Asia from 2007–2015. He is the author of Mr X and the Pacific: George F Kennan and American Policy in East Asia (Cornell UP, 2018).

An extended version of this article appears in the most recent edition of East Asia Forum Quarterly, ‘Asia after Biden’s election’, Vol. 13, No 1. 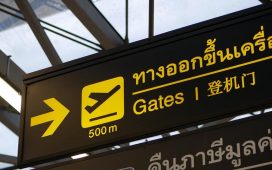 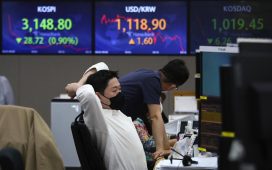 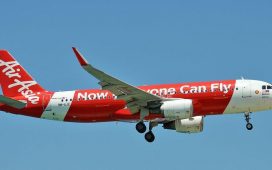 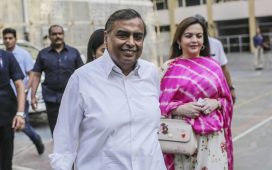 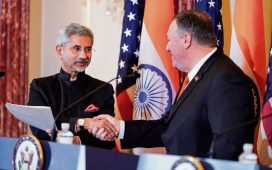