Joe Biden rolled into Philadelphia for the last time yesterday – leaving nothing to chance as he urged voters in the city suburbs to get out and vote.

Biden’s birth state of Pennsylvania is crucial to Tuesday’s election gameplan for both him and Donald Trump.

But the former Vice President is leaving nothing to chance.

He arrived at Sharon Baptist Church shortly before 3pm to deliver remarks at a ‘souls to the polls’ rally.

As has become expected from Biden’s campaign, access is strictly limited to invited supporters and guests.

It’s a measure campaign staff say is all about keeping things Covid-19 safe. 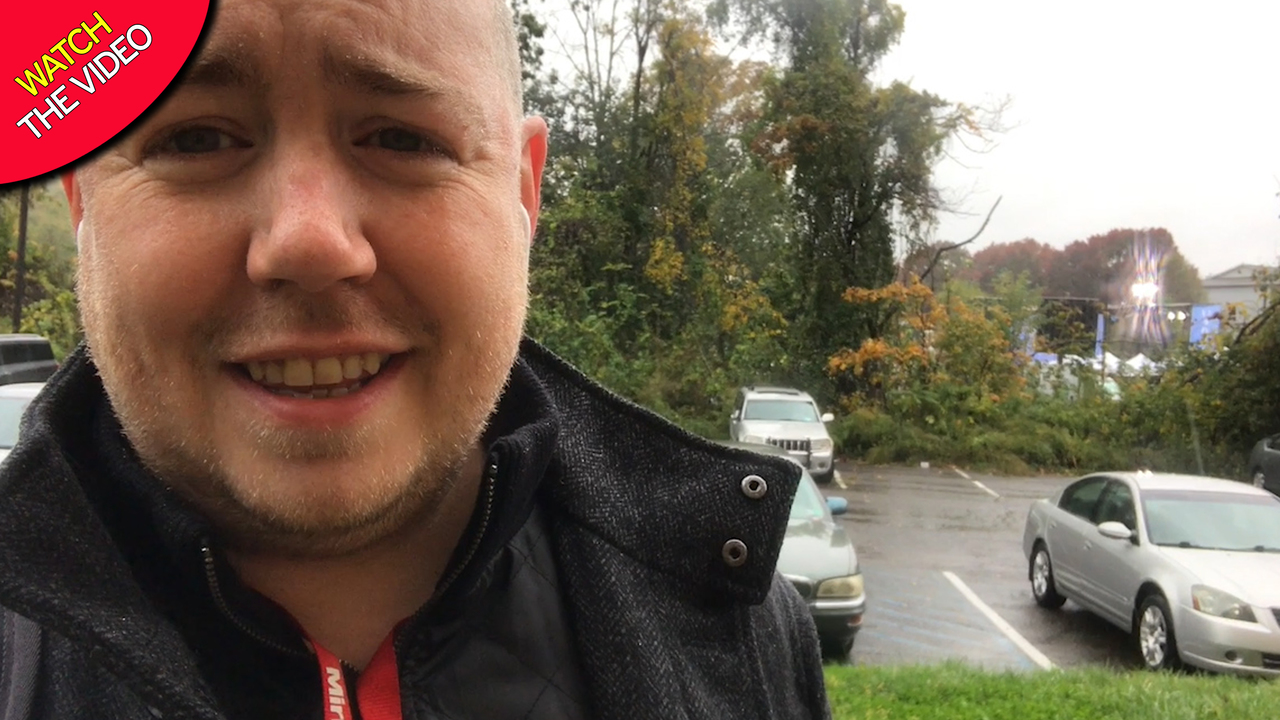 But it has the added advantage of keeping the environment under greater control.

“We have to earn our democracy. We have to get out and vote,” Biden said outside the church.

“We’re at an inflection point. So we have to vote like we never did before.

“Every day – every day – is a new reminder of how high the stakes are, of how far the other side will go to try to suppress the turnout, especially here in Philadelphia.”

But Ron, a local taxi driver who grew up in Northern Philly before moving out to the suburbs with his family, put little stock in the polls, predicting a Trump “landslide.

He said he was bucking the trend of the local area and voting to give the President a second term.

“I’ll be voting for the President,” he said.

“He’s done such a good job with the pandemic, the economy and a bunch of other things. And he lines up with my Conservative, Christian views.

He said the city of Philadelphia leans to the Democrats – but he’s not convinced by Pennsylvania state polls, which put Biden over the line by as many as seven points.

He thinks it’ll be close in Pennsylvania, but the country will vote for Trump in a “landslide.”

“The polls were wrong last time,” he said.

But Shannon, a Biden supporter who lives in the neighbourhood of Franklin D Roosevelt Park, where his second rally of the day was to be held, wouldn’t make a prediction for Tuesday’s result.

“But from my 83-year-old father down to my relatives who are 18, they’re all Joe Biden. So that makes me feel good about it.”

She said she came from a “Democrat family” – her father is a working class union member.

“We’re all excited. So we’ve got our fingers crossed.”

She said she thought a lot of people across the country didn’t vote for Hillary Clinton in 2016 because she’s a woman – and accused those people of taking their vote for granted.

“And they’ve seen what has happened in the last four years,” she said. “They’re not taking it for granted now.”

READ  Budget 2018: Philip Hammond says the 'era of austerity is finally coming to an end' in speech to Parliament