Summit invitations reveal somes suprises and some contradictions. Washington claims UN criteria used. Pakistan will be present, but not Erdogan’s Turkey, like all the Gulf monarchies. Green light to Philippines of controversial Duterte, but no to military-dominated Thailand and no to (a relieved) Singapore.

Washington (AsiaNews) – An open door for Taiwan, with the inevitable Chinese protests, excluded along with the other strategic adversary of the US: Russia. The invitation list for Biden’s Democracy Summit contains surprises and contradictions regarding the Middle East, South Asia and Southeast Asia, making it possibly more interesting than the event itself.

The the U.S. government has invited 110 states (plus the European Union) to its December 9-10 summit, from which no substantial results are expected. The main themes of the meeting will countering authoritarianism, the fight against corruption and the promotion of respect for human rights: in essence, according to the Americans, the model of regime promoted by Beijing and Moscow.

In reference to the invitation to Taiwan, the Chinese Foreign Ministry has stated that Washington’s “so-called democracy” is just a tool used to pursue “geopolitical interests” and maintain “global hegemony”.

The U.S. government claims to have compiled the list based on the parameters adopted by the UN to define a country as democratic. According to several external observers, the criterion adopted actually follows a double standard, with the inclusion of effective democracies and imperfect ones that are allies or partners of Washington, especially in the opposition to China and Russia.  However, holding to this line reveals significant contradictions.

Among the South Asian states, the US has not included Bangladesh. Under the long rule of Sheikh Hasina, democratic practice in the Muslim-majority country remains “imperfect,” observe local analysts who speak of “a puzzling” exclusion. Not least because the regional states invited to the summit can hardly be called champions of democracy. Modi’s India is characterized by a strong Hindu nationalism, intolerant of other faiths, especially Muslims. Pakistan ruled by Imran Khan is still dominated by the military and intelligence apparatus, which plays a primary role in Taliban-led Afghanistan.

India is a potential bulwark in the Indian Ocean against Chinese advances. Given its ambiguities, especially its strong economic and military relations with Beijing, Islamabad’s inclusion among the summit participants is less understandable. Because of its geographic location, then, Bangladesh also has significant strategic value in the competition between the United States and China.

The absence of Jordan, considered a loyal ally of both the US and the West, is also striking. It is a key state in the attempts to normalize relations between Israel and the Islamic world. The failure to invite Turkey was almost expected: in the West Erdogan is considered as a dictator, who also looks too much to the Kremlin. Ankara, however, is a bastion of NATO: the Biden administration wanted to force the hand, setting aside strategic assessments.

However, Turkish democracy is certainly not inferior in quality to that of Iraq, the only Middle Eastern country invited by Biden. More than a democratic government, for Baghdad one can speak at most of “electoralism”.

On the other hand, the strategic calculation was valid to admit the presence of the Philippines, a fundamental country in China’s containment plans. Philippine President Duterte is opposed by many Western governments and humanitarian organizations for the brutal methods used in the fight against crime. Manila, with which Washington has formal alliance relations, has moved too close to Beijing and must therefore be brought back on board.

Despite being a “one-party democracy,” with extensive economic freedoms and strong political control, Singapore is certainly no less democratic than the Philippines. The city-state has traditional political-military relations with Washington – but also important relations with Beijing. In the past, however, Premier Lee Hsien Loong has said that his government is not interested in joining a “coalition of democracies” against China.

Among the allies – including military – of the U.S. in Southeast Asia stands out the absence of Thailand, another country that in recent years has strengthened ties with the Chinese. Bangkok is ruled by a former coup d’état general who is contested above all by the younger bangs of the population, who demand his resignation and a “democratic constitution. According to opponents and critics of Prayuth Chan-ocha, the lack of an invitation is a sign of mistrust towards him. 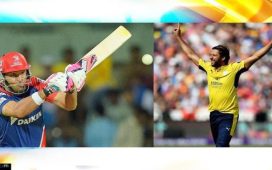 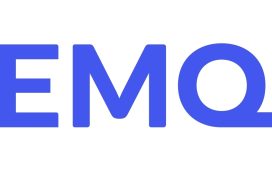