The 34-year-old says she is feeling the best she has ever felt after flaunting her new look on Instagram.

Bianca used the opportunity to make a change because of the ruptured implant, which began leaking and put her in danger.

She says she was so scared that she had to make a big decision and it looks like she isn’t going to be looking back.

Posing in sexy black lace lingerie, the beauty – dating Katie Price’s ex Kris Boyson – let us have a peek at her toned abs as well as her new boobs.

She captioned the photos: “Feeling the best I’ve felt at the moment physically and mentally, so happy with my new smaller boobs which I had done by @comfortzonesurgeryofficial.

“I had my old ones in for 13 years so it was time to change one of my implants actually burst so it was the right decision to want to go smaller, which also doesn’t make me feel as top heavy now.”

Her old 34E implant burst late last year and if undetected she could have been left in agony.

But Bianca was quick to sort the problem and is reaping the benefits.

She recently told The Sun of her trauma and said it put her life in real danger.

“I feel so lucky. If I’d not gone in for the operation, I would not have known about the rupture and it could have been really dangerous.

“It’s scary. When they told me, I was freaked out. Thank God they found out and dealt with it while I was under anaesthetic, otherwise I would have majorly panicked.

“I’m just relieved it’s out and it confirmed to me that this decision to go smaller was the right one for me.”

As she posed in tiny matching knickers today, she also opened up about her on-going body dysmorphia battle.

She posted: “I’m on top of my fitness I’ve cut down on booze I’ve been doing the 5.2 diet making sure I don’t eat between a certain time and working out 6 times a week I’m not blessed with a good metabolism so I have to work REALLY hard at trying to lose weight.

“I suffer with body dysmorphia but can honestly say I’m actually enjoying my body a little at the moment which is a massive thing for me.” 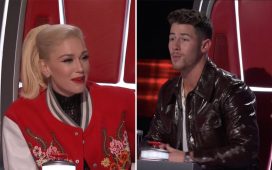 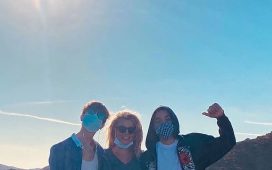 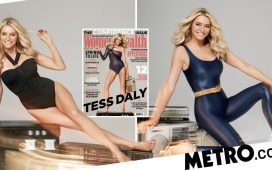 Jessie James Decker, 32, shares a bikini photo as she reminisces about Dominican Republic 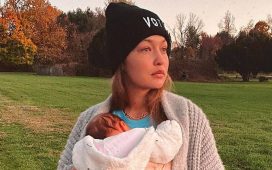