CBA, depending on the context, stands for cost-benefit analysis or can’t be arsed. The latter, let’s face it, is often true of the former.

But there is going to be more of it about — analysis rather than apathy — at least if the government gets its way.

Buried in the latest round of consultation about how finance should be regulated after Brexit is a proposal for a new statutory panel to scrutinise the regulators’ assessment of the costs and benefits of their work.

This isn’t an entirely new idea. Regulators like the Financial Conduct Authority and Prudential Regulation Authority are already required to produce CBA. Rulemaking powers returned from Brussels after Brexit are going to be largely handed to regulators. The quid pro quo is more accountability and transparency.

This is reasonable. And cost-benefit analysis can be a useful tool. It forces decision makers to think about the real-world effects of policies. The state should have to make a case when imposing new restrictions. In financial regulation, it amounts to asking whether the extra insurance that you’re telling society to buy against consumer harm or financial instability, say, is good value for money.

The danger is that analysis that is something of an art becomes held up as a pseudoscience, or a way of getting at The Right Answer. The battle over the merits of regulation itself becomes a battle over the inputs and workings in weighing costs and benefits — one reason why the use of CBA in financial regulation is the subject of furious academic debate in the US.

Whitehall, of course, has a long history of this kind of thing, with a committee that oversees departmental assessments on the impact of regulatory policy. Through various better regulation and anti-red tape initiatives, the emphasis has always been on avoiding unnecessary administrative costs to business, in a way that policy wonks say is quite bad at capturing the benefits of policies, or indeed the indirect costs such as shutting down possible future innovation.

This cost-centric tendency becomes problematic when applied to financial regulation: the direct costs to firms from a new rule may be quite obvious, particularly where the change in question is a marginally higher standard or an additional safeguard. But the wider benefits, such as preventing consumer harm, or making a financial crisis less likely, are both extremely important and hard to quantify, at least sensibly. 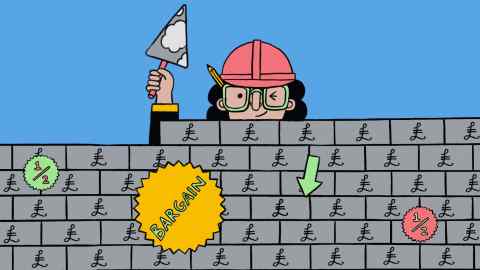 It’s notable that the example being used around the City to urge a greater focus on cost-benefit analysis is a bad one. The FCA’s proposed new consumer duty, which aims to overhaul how financial services companies think about their customers, is the type of big picture, philosophical change where CBA struggles.

But it reflects what critics argue is a lack of rigour on the part of regulators: the FCA suggested one-off compliance costs of £689m to £2.4bn for the duty but said that it could not “reasonably estimate the scale of benefits” which were nevertheless “significant”.

Some of those in favour of greater scrutiny, like trade body UK Finance, maintain that other economic regulators are held to higher standards than the financial ones in terms of the analysis they produce. And doubtless there is room for improvement.

But the backdrop is a government desperate to show tangible post-Brexit benefits, preferably through something that at least looks like deregulation. And a financial services industry that scents an opportunity to push its own agenda, under the guise of UK competitiveness and Global Britain. Other suggestions that have been floated in a similar vein have included a new appeals mechanism, and an independent oversight body to vet the regulators.

The details will matter. The government is considering whether a new panel’s input should come before publication of new rules, which could slow decision making and seems a licence for lobbying, or after the fact, as advisers on methodology and approach. Neither regulators nor industry want to be bogged down in endless analytical back and forth. Both (you’d hope) have an interest in seeing a panel motivated by the glory of good, efficient regulation, rather than with an ideological axe to grind.

That will help determine whether increased focus on CBA proves a worthwhile effort for finance and the rest of us — or is just another means to protest ideas not to the sector’s liking.