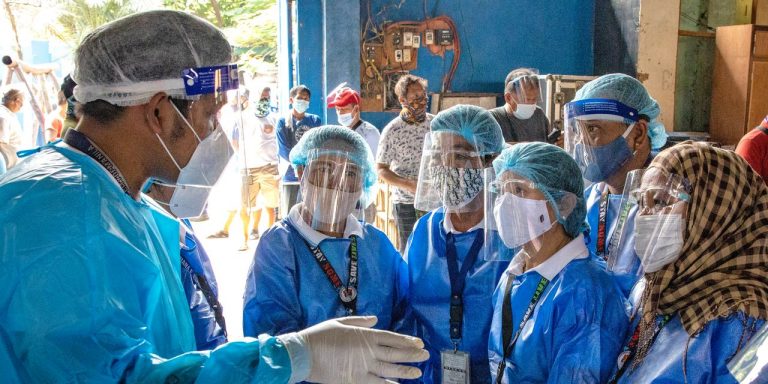 Even as many investors bank on a swift U.S. election outcome after Tuesday’s vote, analysts at JPMorgan say Wall Street likely faces elevated political and market volatility before the end of this year.

Instead of U.S. assets, JPMorgan’s cross-asset guru John Normand touted the attraction of equities and currencies in developing countries in Asia, where COVID-19 has been largely under control of late, even as the pandemic has accelerated across U.S. and Europe.

In a late Friday note, Normand said the growing coronavirus problem could test the widely held assumption that reduced political jitters in the U.S. and the prospects of fiscal stimulus next year could spur risk assets higher and lessen market gyrations.

“With the macro outlook no longer just a function of which election scenario prevails, market direction may not be clear for very long even once the election is decided,” said Normand.

The U.S. counted at least 74,113 new infections on Sunday and at least 427 Americans died, according to a New York Times tracker. In the past week, the U.S. has averaged 82,812 cases a day, a 45% increase from the average just two weeks ago.

And in Europe, new infections have doubled over the past five weeks to hit a milestone of 10 million cases.

Normand said Asia’s emerging economies were the one place that would see a clearer investing backdrop after the election.

Less driven by the shifting expectations for a coronavirus aid package in the U.S., the prospect of Democratic nominee Joe Biden in the White House could lead to reduced geopolitical jitters than under the current Trump administration, which engaged in a yearslong trade spat with China.

The positive outlook on Asian equities is a view also shared by other major money managers, including BlackRock, due to the strong public health response shown by Asian policy makers.

is down more than 16% over the same period.

Read: China’s bouncing back, but don’t bet on other emerging markets to join the ride

READ  Rugby on the rise in Southeast Asia