Berlusconi ‘fired up’ for Italian presidency bid – but faces obstacles


Undeterred by health woes, sex scandals and advanced age, the former Italian prime minister Silvio Berlusconi is doggedly pursuing a promise he once made to his mother: that one day he would become president.

Parliament will choose a new head of state early next year and the 85-year-old is the first to put himself forward for a race that could transform the Italian political landscape but has no official candidates.

Substantial obstacles lie in his path, but he is promoting himself with the gusto that helped him win three parliamentary elections and become Italy’s longest-serving postwar premier.

“I’ve met him twice in the last two weeks and he was totally fired up,” said a lawmaker from Berlusconi’s Forza Italia party, who asked not to be named.

The billionaire media mogul is a highly controversial figure, though. He was temporarily barred from public office after a conviction for tax fraud in 2013, and is still on trial for allegedly bribing witnesses in an underage prostitution case tied to his infamous “bunga bunga” sex parties of more than a decade ago.

Analysts believe such a divisive personality will find it hard to muster the broad support needed to become president, a role whose holder serves as the problem solver in Italian politics and is regularly called upon – as the incumbent, Sergio Mattarella, has been – to resolve government deadlocks.

Cross-party consensus is especially important at present as almost all the main parties have laid their differences aside to join Mario Draghi’s national unity coalition, created to help Italy overcome the coronavirus crisis.

Enrico Letta, leader of the centre-left Democratic party (PD), has already ruled out backing Berlusconi. He said the election of the president “has to be based on a large majority … otherwise the government will immediately fall apart”.

Despite the political hurdles, Berlusconi is ploughing ahead with his unofficial campaigning, presenting himself as an experienced elder statesman of European politics.

Candidates for president do not usually declare themselves in advance of the election in parliament. However, Berlusconi’s name has been put forward repeatedly in the media, and he has not tried to dampen speculation that he wants the job.

Asked about his presidential prospects at a conference in October, he said: “I think Silvio Berlusconi can be useful to the country … I won’t back down and I’ll do what my country needs.”

In November he sent an anthology of his speeches and policy priorities to almost all the nearly 1,000 parliamentarians who will elect the president, committing himself to a list of liberal values in an effort to broaden his appeal.

In an abrupt U-turn, he also praised the flagship citizens’ income welfare scheme of his arch political enemy, the Five Star Movement, which he has previously likened to the Communist party.

A winning candidate needs two-thirds of votes, but if no one reaches that target in the first three rounds, the bar is lowered to 50% of votes plus one.

If all the lawmakers in the centre-right block voted for him – and that is a big if – Berlusconi would still need at least 50 more votes, which he would have to secure from a pool of 113 unaffiliated lawmakers, to make him head of state.

With the maths looking difficult, some analysts believe that Berlusconi is simply hoping to gain leverage to put himself in a position to act as a kingmaker.

Lorenzo De Sio, the head of the Italian centre for electoral studies at Rome’s LUISS university, said: “He has no bargaining power if he himself is not considered plausible.” 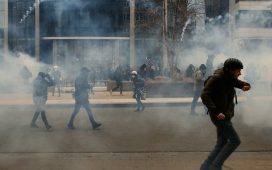 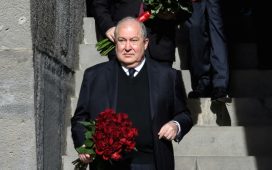 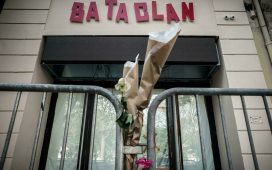