Ben Stokes has provided more good news for England cricket fans ahead of his long awaited return, after posting a video of a net session and admitting he is ‘feeling great’ on Instagram. 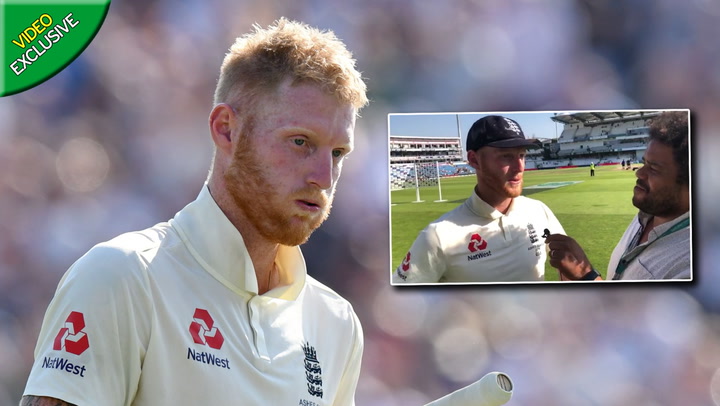 Ben Stokes has given yet another positive update to England cricket fans ahead of his long-awaited return this winter, revealing that he is ‘feeling great’ on his Instagram.

The 2019 World Cup hero revealed this week that he was set to return to the England Test setup after not featuring since March, for this winter’s Ashes series in Australia.

This of course was music to England fans’ ears, as the all-rounder has proved to be the team’s key talisman in all formats in recent years, and Stokes gave another positive update to his 1.7 million Instagram followers.

Stokes’ post included two separate videos of him in action during practice, as he went through the paces whilst bowling in a net session.

Ben Stokes revealed he is ‘feeling great’ on Instagram.
(

Along with the videos the cricketer said: “6 overs under the belt today all at @turnsy22…a sneak preview at how he did, full version coming soon on the @4cast4c channels feeling great at the moment.”

The Durham all-rounder had been absent all summer from England’s Test series with India, and had not featured in his nation’s whites since playing Virat Kohli’s team away in march of this year.

As a result, in July Stokes revealed he would not be taking an indefinite break from the game due to an ongoing finger problem, and for the good of his mental well-being.

He said: “Ben has shown tremendous courage to open up about his feelings and wellbeing.

Will Stokes help England win the Ashes? Let us know in the comments section below.

Ben Stokes was on a break from cricket to protect his mental health.
(

“Our primary focus has always been and will continue to be the mental health and welfare of all of our people.

“The demands on our athletes to prepare and play elite sport are relentless in a typical environment, but the ongoing pandemic has acutely compounded this.”

The cricketing great has since announced his return, and in his column with Mirror Sport opened up about his struggles throughout the past year.

A brave Stokes wrote: “I had also been struggling with bubble life and events off the field. I don’t want anyone to feel the way I did, because I wasn’t in a good place and I’m not afraid to admit it.

“I was in a real dark place and having some difficult thoughts.

Ben Stokes is looking forward to the challenge in Australia this winter.
(

“I was always one of those people who wouldn’t talk about how they are feeling and just keep it internal and crack on. I now realise talking is such a powerful thing and it has completely changed me.”

Following his time away it seems that Stokes now feels back to his best, and revealed he can not wait to get back out there against arch rivals Australia this winter.

I know what it is going to be like, especially the crowds, I’ve experienced it before and I say bring it on.”