The 24-year-old model appeared to confirm her romance by sharing a snap of her cuddling her beau as he leans in for a kiss.

She posted the adorable picture alongside a series of selfies in which she rocked a pink checkered co-ord, as well a video of her dancing and twerking with a pal.

‘Time of my life,’ she captioned the post. ‘Healthy, Working and Loved.’

Bella’s post came just hours before she and Marc headed to Paris together, where they have since been spotted enjoying a meal together in the city.

In pictures obtained by Daily Mail, Marc appeared to be in great spirits as he chatted to Bella by candlelight.

Marc, who is an art director, had been first linked to Bella in June, after the two reportedly enjoyed a lunch date together in New York.

Bella was previously in a relationship with The Weeknd, which began in early 2015, and she starred in the singer’s music video for In The Night later that year.

The couple then made their first red carpet appearance at the Grammys in 2016, before splitting for the first time that November.

They got back together in April 2018, but in August 2019, they broke up again, with sources claiming the pair had been having ‘furious rows’ with one another.

Last year, the two reunited backstage at the MTV Video Music Awards, where they were said to be on ‘good terms’.

In the meantime, Bella has continued to focus on her modelling career, and recently led the glamour at this year’s Cannes Film Festival, alongside Dame Helen Mirren and Jessica Chastain.

The star looked incredible as she rocked up to the premiere of Annette for the opening night of the annual festival.

She opted for a floor-length white gown for the bash, with a black chiffon halterneck on top and matching train.

Bella flashed a peace sign for the cameras, she completed her look with black heels and diamond earrings.


MORE : Naya Rivera’s family ‘taking one day at a time’ a year after her death: ‘If we could go back, we’d hug a little harder’


MORE : Madonna ‘coming to get Britney Spears out of jail’ as she calls conservatorship ‘a violation of human rights’

See also  Golden Globe Awards 2021: Stars get ready for the big event
Share on FacebookShare on TwitterShare on PinterestShare on Reddit
newscabalJuly 9, 2021 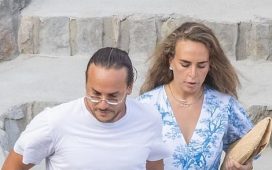 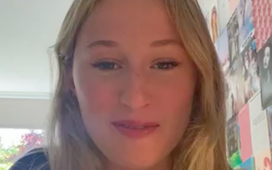 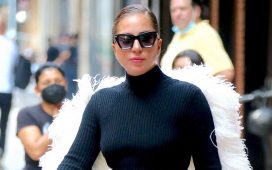