As Hollywood‘s award season rumbles on, yet another epic has hit the big screens. Jamie Dornan‘s latest film Belfast is set to capture our frosty January-soaked hearts.

Dornan grew up in Belfast himself and spoke to Vogue about the fact it’s a “complicated place”, even though he enjoyed a relatively normal upbringing. Filmed in stunning black and white, Belfast will follow a slightly darker story of growing up during The Troubles, with a family at the centre.

Here’s everything we’ve found out so far since Belfast‘s release.

Who’s in Belfast‘s cast and crew?

Fifty Shades and The Tourist actor Jamie Dornan will play Pa to newcomer Jude Hill’s Buddy – who plays, in effect, a younger Branagh growing up during The Troubles.

Outlander star Caitriona Balfe acts alongside Dornan as his partner and Buddy’s mother, Ma, while Judi Dench and Belfast-born Ciarán Hinds will play the grandparents.

Kenneth Branagh, aka Professor Lockhart in Harry Potter and Hercule Poirot in 2017’s Murder On The Orient Express – basically British acting royalty at this point – is director and producer.

More than that, the film is semi-autobiographical and draws on lots of Branagh’s own experiences of and feelings around the Troubles. Him and his family moved to England to escape the volatile events going on back in Belfast.

What are people saying about Belfast so far?

One thing is for sure, everyone is swooning over Jamie Dornan’s rendition of Everlasting Love, originally performed by musician Robert Knight in the late 1960s, but has been covered by many a crooning singer since.

We’d argue this is the sexiest rendition of the song, ever.

Fans have called this performance – and the film – “Academy Award material”, goosebump worthy and the “favourite film I’ve watched in cinema since the pandemic reopened theatres”. Very, very exciting times. 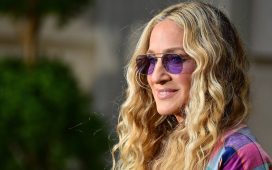 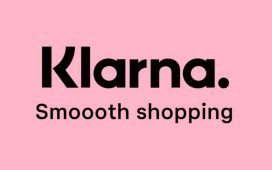 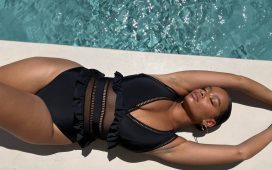 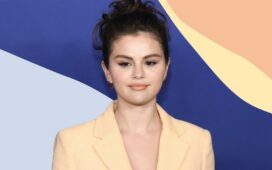