A Belarusian sprinter who took refuge in the Polish embassy to avoid being bundled on a plane back to Minsk has spoken out about her dramatic experience, telling Belarusians “not to be afraid and, if they’re under pressure, speak out”.

In her first press conference from Poland, where she arrived under diplomatic protection this week, the Olympic athlete Krystsina Tsimanouskaya said she had decided not to return to Belarus after her grandmother told her by telephone that she had been slammed on television as a traitor and called “mentally ill” for criticising her coaches’ “negligence”.

“She told me I must not come back to Belarus,” Tsimanouskaya, 24, told reporters.

As her coaches pressured her to get back on a plane back to Minsk, she sought police protection at Japan’s Haneda airport, where she used Google Translate to show Japanese officials a plea for help.

As she decided where to go, she said her parents, who are based in Belarus, suggested Poland as it would be easy for them to receive a visa to visit her. Her husband, also an athlete, fled Belarus late last week and was expected to be reunited with Tsimanouskaya in Warsaw today.

Tsimanouskaya largely avoided discussing politics during the press conference, saying that running in the Olympics was her “dream” and that she had merely wanted her coaches to take responsibility for trying to enter her in a race she had not trained for.

“I am stunned that this situation has become a political scandal,” Tsimanouskaya said. “This situation was only about sport.”

During the press conference in Warsaw, she was flanked by Pavel Latushko, a former minister of culture who is now in opposition. He said there “wasn’t a word about politics” as negotiations were held with EU countries to ensure her safe passage from Japan.

He also helped shield Tsimanouskaya from questions about the Belarusian leader, Alexander Lukashenko, and his crackdown on the opposition, saying that she was “outside politics”.

The scandal shook the games and has led to an inquiry by the International Olympic Committee that could lead to sanctions on Belarus’ participation in international sport.

“Reassured to see that the athlete Krystsina #Tsimanouskaya arrived safe in Poland,” tweeted Josep Borrell, the high representative of the European Union for foreign affairs and security policy. “One more proud Belarusian has however been forced to flee her own country due to the actions of the Lukashenko regime and Olympic truce been violated.”

Tsimanouskaya did not rule out a future return to Belarus, but said she would only go “when it will be safe for me there”. In an interview with the Associated Press earlier this week, she said she felt she would be punished if she returned to Minsk after criticising her coaches for failing to secure doping tests for members of a Belarusian relay team.

The saga has shown how Belarus’ crackdown has made any criticism of the country’s officials extremely dangerous, even if limited to professional questions about sport.

“I can say that I always openly expressed my opinion,” she said on Thursday, when asked if she had freedom of speech in Belarus. “But you always have to watch your words so that it doesn’t lead to consequences. Yes, in Belarus not just I but everyone is afraid to say the wrong thing.”

And while largely avoiding politics, she concluded her first press conference with the words: “We are running free, and Belarus will be free.” 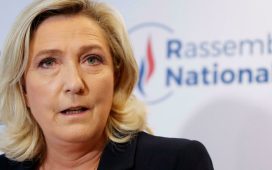 ‘Someone who knows who she is’: the staunch, subtle style of Angela Merkel

Angela Merkel’s long reign as chancellor of Germany – in pictures 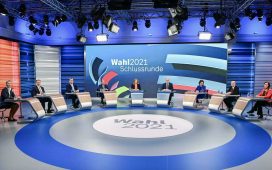 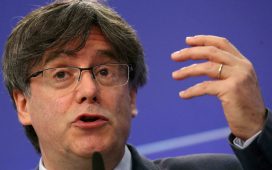