BECKY Vardy celebrated her husband Jamie’s FA Cup win in style as she sported a ‘chat sh*t get banged’ hoody.

The 2021 Dancing on Ice contestant was one of the 22,000 fans in Wembley stadium to see Leicester City defeat Chelsea 1-0 to win the FA Cup for the first time in their history.

She held an inflatable version of the FA Cup in her right hand and beamed at the camera, proud of her husband’s latest achievement in his glittering career.

She posted the picture on Instagram along with the caption: “So grateful to have been able to be @wembleystadium today to support @lcfc in the @emiratesfacup Final 🏆

“Congratulations to our @lcfc family & to all the fans! So happy for everyone 💙🦊.”

In a separate post, she uploaded a snap of Jamie, 34, holding clutching the FA Cup while he looked towards the Leicester fans with a smile on his face.

The mother-of-four gushed: “You never cease to amaze me @vardy7 We’re so proud of everything you have achieved and we love you so, so much ❤️ #lcfc #facup.”

The former I’m A Celeb contestant took to her Instagram stories and posted a short clip which panned around Wembley Stadium, the largest crowd for a sports event in England since the coronavirus pandemic hit 14 months ago.

Rebekah captioned the video along with a blue heart emoji: “Feels amazing to be back watching football…grateful.”

Jamie also hopped on the social media platform and posted the same picture of himself that his wife uploaded and exclaimed: “FA Cup…completed it mate! 💙”

Several more photos on his stories showed the Premier League golden boot winner overcome with emoji as he lay on the pitch.

“What a feeling”, he wrote on on snap, before adding on another of him lifting the trophy: “That was for you all”, in refence to Leicester’s loyal fans.

Youri Tielemans’ wonder strike just past the hour mark was enough to seal the win for the Foxes, although it was almost snatched away when former player Ben Chilwell’s equaliser for Chelsea was disallowed for offside. 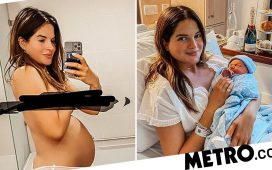 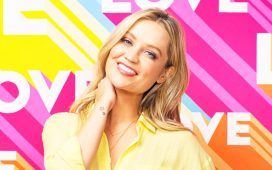 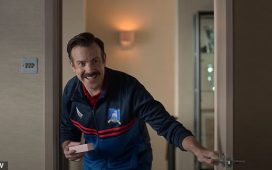 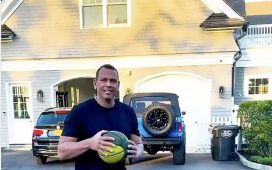 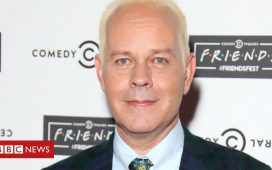 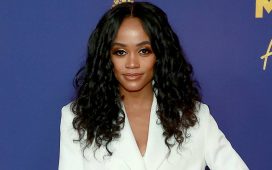