Beat The Chasers viewers were absolutely furious at the show over the weekend as one player lost out on the chance of scooping £100,000.

Young student Rahim stole viewers’ hearts with his kind nature and bravery as he decided to go for it and take on all five of the chasers at once.

The clever youngster, who revealed he has 13 GCSEs, was commended for his fantastic playing style as he decided to risk it all for the £100k jackpot.

Host Bradley Walsh and the audience were impressed when he decided to take on Anne Hegerty, Mark Labbett, Shaun Wallace, Paul Sinha and Jenny Ryan.

Rahim told Bradley: “I’m not losing anything and I got to meet you.”

Clearly touched, Bradley replied: “More importantly, I got to meet you.”

“I’m only here once so I think I’m going to take the five,” said Rahim, who added that he would use the money to visit the Seychelles, where he is originally from.

“I wish you well, I want you to do great,” Bradley told him.

The nerves started to get to Rahim and he began to stumble over some of his answers, taking too long and passing over four questions at the end.

And heartbreakingly, Rahim was caught by the chasers and went home empty handed.

Bradley called him a “brilliant player” and assured him that one day he would return as one of the chasers.

One viewer tweeted: “Can someone set up a Go Fund Me page for Rahim.

“Raheem was robbed there.

“So frickin’ close…  #BeatTheChasers,” added another.

“RAHIM!!! OMG, heartbroken for the lad  #BeatTheChasers,” exclaimed a third. 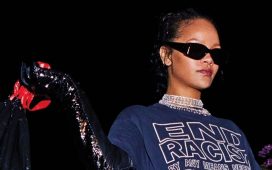 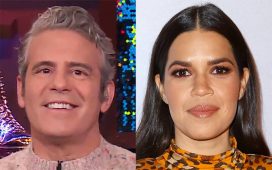 Arnold Schwarzenegger gets coronavirus vaccine and urges others: ‘Come with me if you want to live’ 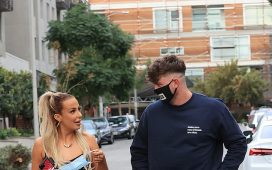 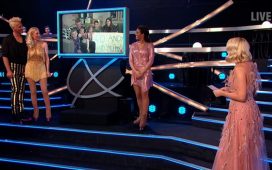