Be mindful of utterances against S’South govs, Okon advises Akpabio


Former National Publicity and Organising Secretary of the Peoples Democratic Party (PDP), Senator Anietie Okon, has advised Minister of Niger Delta Affairs, Godswill Akpabio to steer clear of politics that could backfire on him such as the recent vituperations against the South South governors

Okon in an interview with journalists in Uyo, yesterday, described Akpabio’s comment that South South governors lacked the moral grounds to dictate how the Niger Delta Development Commission (NDDC) funds should be used, as insulting and unfortunate.

The South South Governors Forum (SSGF) had during their meeting held in Port Harcourt weekend noted that the NDDC was still being run without a substantive board for more than a year and advised President Muhammadu that in the absence of the board of the NDDC, funds for the commission beyond the payment of salaries, should be put in an escrow account until he constitutes the board.

Akpabio during the inauguration of the NDDC headquarters building in Port Harcourt, however, told the governors to focus their attention in ensuring that local governments in their states had elected executives and not caretaker committees rather than on issues pertaining to the NDDC.

But Okon said Akpabio’s statement was mischievous and ill conceived.

“I feel disappointed at Godswill Akpabio’s posturing that governors of the South South were in no position to issue directives to President Buhari on how to run the NDDC. This utterance among others, paint an indelible picture
of a minister whose actions and inactions portray a grim indication of an absence of concern for the well being of the Niger-Delta region. To put the record straight, no South-South governor issued directives or an authoritative instruction to President Buhari.

“They only made demands for the betterment of their respective states and region regarding the effective and efficient management of the NDDC wherein the development and prosperity of the region has lost its course. “I sup- port governors of the South South states demand on upward review of the provision of 2.5 per cent as Host Community Trust Fund in the Petroleum Industry Bill (PIB) to 10 per cent in the best interest of oil communities and the nation. And the governor’s demand was properly expressed, it is a justified demand.” 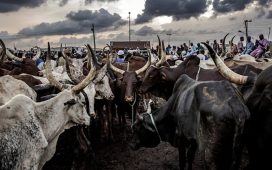 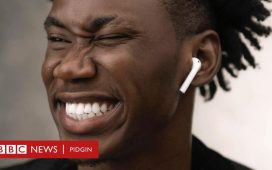