Boy, the AMG is good, though. It seems to adapt to whatever driving style is thrown at it. If you want total traction and forward thrust, it’ll hunt out and flatly eliminate corners without fuss, but if you ramp up the AMG Driving Dynamics programme, it’ll indulge you in a cheeky quarter turn of opposite lock without jeopardy. Back off and relax the suspension and you can simply enjoy its pedigree-feeling balance and poise. And everything it does, it does while giving the driver real confidence – more than you get in some true GT cars, truth be told, though at the same time it hardly feels less agile. No, you may not like the idea of this car, but on execution alone this is surely one of the finest cars of the past decade, and in my opinion sorely underappreciated. Perhaps it’s just too outwardly excessive? I mean, it’s a five-metre saloon that will wake the dead before 3000rpm.

What you also get from the AMG is a convincing dollop of the GT driving environment. This one does without the bucket seats that can be optioned, but you still sit so low within the body and, while in reality the two are nowhere near one another, your backside often feels planted just above the rear axle, like in the GT coupé. Some trick, that. 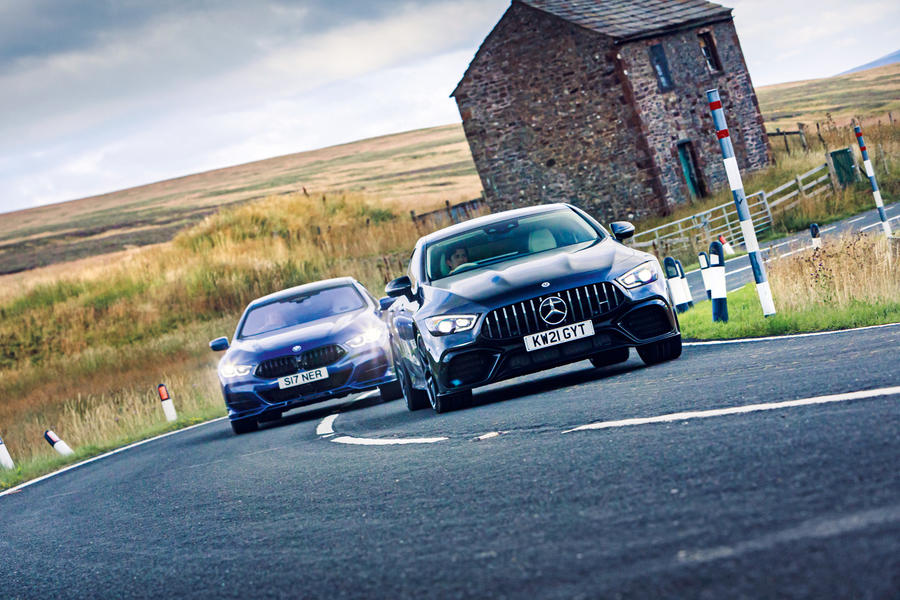 Is, then, the AMG GT 4-Door still the car our GT lover with £150k to blow should plump for?

They would get immense satisfaction from owning either, but the AMG really is closer in feel to, say, a DB11 than the Alpina. The softness in the chassis, neutrality in the handling and comfort in the driving position that make the B8 an awesomely accomplished long-distance, any-weather performance saloon also prevent it from reaching the same heights of dynamism and intensity as the AMG when the route gets interesting. You don’t feel quite so close to the road, so in control of what the back axle is doing, or as plumbed into the front contact patches via the steering. That you can disengage the front driveshafts in the GT 63 S only gives it another dimension in terms of enjoyment, and for raw character Affalterbach also beats Buchloe in the battle within the engine bay. This AMG V8 trades some musicality for volume, but what an event. The Alpina’s engine is creamy and perhaps more interesting when you really tune into it, but it mostly feels too demure by comparison. 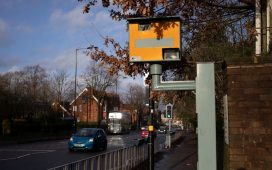 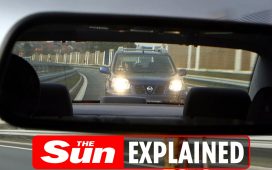 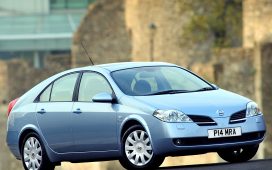 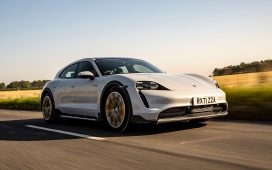 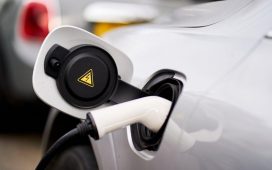 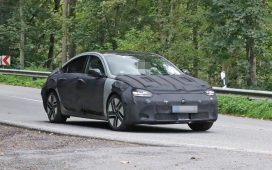