The Bartlett School of Architecture has advertised for a new director to replace Bob Shiel and announced it will appoint an external agency to investigate allegations of sexual and racial discrimination raised by former students.

The advert, published on the University College London website, calls for candidates that can “demonstrate commitment to the principles of equality, diversity and inclusion”.

“We are committed to equality of opportunity, to being fair and inclusive, and to being a place where we all belong,” the ad states.

“These include people from Black, Asian and ethnic minority backgrounds; disabled people; LGBTQ+ people; and women.”

Sheil has been director of the Bartlett, which is part of University College London (UCL), since 2014. His second term in the role comes to an end in 2022, when he will return to his former position as a professor at the school.

Sheil’s move predates the recent controversy over alleged discrimination at the school, which is regularly cited as one of the best architecture schools in the world.

“Heads of department at UCL are appointed for three to five-year terms,” said a UCL spokesperson. “The current director was first appointed in 2014 and reappointed for a further four years in 2018.”

“As their term is coming to an end, the process to replace them from September 2022 has been underway since February this year. The current post holder will then return to their professorial role.”

The school, which is located in a HawkinsBrown-designed building at 22 Gordon Street in Bloomsbury, has been rocked by a series of allegations of racial and sexual discrimination.

The initial allegations from 22 former students and staff were first revealed in the Guardian in May this year. Since then a further 50 students have come forward with similar allegations of discrimination.

UCL confirmed that an investigation into the allegations is ongoing and stated that it is set to announce an independent investigation carried out by an external agency. 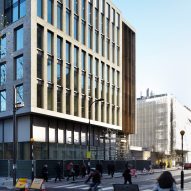 “Complaints against named individuals who work at UCL, whether current or from the recent past, are and will be investigated thoroughly using our normal processes.”

“In addition, we will be making an announcement shortly on the appointment of an external agency to conduct an independent investigation into the culture of the Bartlett School of Architecture.”

“Bob Sheil must not be given a new contract”

Bartlett United, a group representing the former students and staff, called on the London architecture school not to give the outgoing director a professorship when his term ends.

“Bob Sheil must not be given a new contract to remain a professor at the Bartlett when he stands down next year,” the group told Dezeen.

The group recently hired a lawyer to pursue “breaches of a serious nature” at the Bartlett and is calling for an independent investigation of Sheil and other senior members of the school’s faculty. 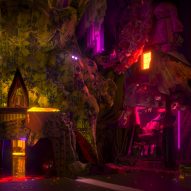 “Four months after the first of now more than 70 allegations came to light, the Bartlett has yet to appoint an external investigator and has sought to silence complaints when any responsible director or institution would be doing the opposite and appealing for witnesses or victims to come forward,” Bartlett United said.

However, an attempt by the group to raise £5,000 via crowdfunding site Crowd Justice closed on 14 October having failed to raise any money.

Earlier this summer it emerged that UCL refused to respond to a barrage of Freedom of Information requests submitted by Eleni Kyriacou, a former student who first blew the whistle on allegations of discrimination at the school.

Emails seen by Dezeen showed that UCL denied a series of requests seeking details of grades and dropout rates sorted by gender as it considered these to be “vexatious” and had “little obvious value”.

The university said the requests placed “a significant burden on UCL” and caused “undue distress to staff”.

Masks, marches and mandates: the year in politics from the lens of Mike Bowers

From utopian dreams to Soho sleaze: the naked history of British nudism