Bangladesh has begun moving the second batch of Rohingya refugees from crammed camps in Cox’s Bazar to a remote island in the Bay of Bengal in defiance of safety and security concerns from international rights advocates.

Groups such as Amnesty International and Human Rights Watch (HRW) have urged the Bangladeshi government to halt the relocation of Rohingya to Bhasan Char, which is hours by boat from the mainland, is flood-prone, vulnerable to frequent cyclones and could be completely submerged during a high tide.

There are also concerns that the Rohingya, already displaced from Myanmar by ethnic cleansing, had been bribed to relocate to the island, or that they had faced intimidation tactics to persuade them to do so.

International right agencies suspected that refugees have been listed without their consent and they called on Bangladesh to allow an independent inspection of the island. “It’s crucial that the Bangladeshi authorities let the UN, rights groups and humanitarian agencies carry independent assessments of Bhasan Char’s habitability.

The first batch of refugees, consisting 1,642 Rohingyas, were relocated earlier in December.

Abdullah Al Mamun Chowdhury, a senior police official and director of the Bhasan Char project, was quoted by The Daily Star as saying that about 700-1,000 Rohingya refugees would be sent to the island on 28 and 29 December. He told the paper that Bhasan Char has been readied to receive the new arrivals.

Saad Hammadi, Amnesty International’s south Asia campaigner, said concerns about relocation to Bhashan Char stemmed from a “lack of understanding about the human rights safeguards there, including access to healthcare and the right to freedom of movement between the island and maintain Cox’s Bazar”.

Earlier this month HRW said in its statement that there was limited information on the actual conditions on the island. “And there are some allegations that the authorities may have offered misleading information and incentives to move there.”

However, the Bangladeshi government denied there were any reasons to be concerned. Mostafizur Rahman, Bangladesh’s permanent representative and ambassador to the UN office in Geneva, said Rohingyas were relocated voluntarily, and the government has taken measures to improve the quality of life, livelihood and necessary security.

Mohammed Shamsud Douza, the deputy government official in charge of refugees, said a 12km-long embankment had been built to protect the island from floods along with housing for 100,000 people. Relocation was voluntary, he said.

“No one is forced to go there,” he said, adding that people can live a better life there with greater access to healthcare and education. 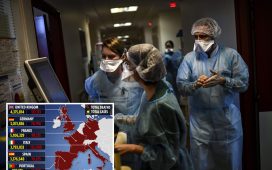 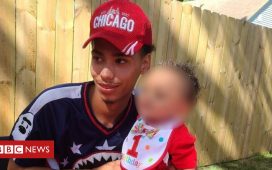 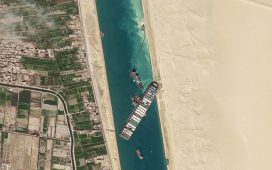