The Secretary to the Katsina State Government, Alhaji Mustapha Inuwa, on Monday disclosed that the government had spent over N4.2bn “on infrastructure, logistics and security personnel allowances” from June 2015 to August this year to tackle banditry and other security challenges.

He said this in Katsina while speaking with journalists, Punch reports.

The SSG stated, “By way of summary, the state government’s financial support on security, through the office of the secretary to the government of the state in terms of infrastructure, logistics and security personnel allowances from June 2015 to August 2020 is as follows:

Inuwa added that aside from the provision of office and residential accommodation for security agencies, the state government had been bankrolling a series of security operations among which were the Operation Sharan-Daji, Mesa, Operation Puff Adder, Operation Sahel Clean and Operation Diran Mikiya.

He maintained that banditry and other security challenges had been reduced in the state through the cooperation of the government with security agencies.

According to him, over 700 firearms have been recovered from repentant herders and bandits, while 34,148 rustled animals were recovered and returned to their owners. 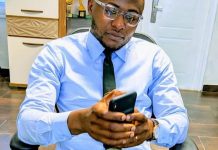 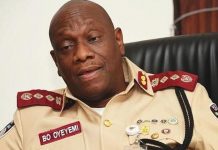