England captain Harry Kane said a “band of brothers” spirit is driving Gareth Southgate’s side towards World Cup glory as they prepare to face Sweden in the quarter-final on Saturday.

Kane is the tournament’s leading scorer with six goals and the 24-year-old will carry England’s biggest threat in the searing Samara heat, as they attempt to reach a first World Cup semi-final since Italia 90.

And while Kane is happy to share his responsibility, he believes England’s progress to the last eight for the first time in 12 years is also down to the special bond among this group of players.

“We are just like family,” said Kane. “We spend a lot of time together and we all get on with each other very well. It is about togetherness and trust.

“I look at them like my brothers and they look at me the same. We will do anything for each other.”

England’s dramatic victory on penalties against Colombia in the last 16 – in which Kane scored from the spot in normal time and again in the shootout – ended a run of three defeats from three in World Cup shootouts for the national team.

The match was also full of controversy, with England defender John Stones saying Colombia were probably the “dirtiest team” he has faced.

“When you go through a battle like that and come through it, that gives you so much energy, so much belief to go and do it again,” said Kane.

“The feeling after is amazing. We’re hungry for more. We want that feeling. If it goes to extra time and penalties, then we’ll be ready for that.”

England will face either Croatia or hosts Russia if they overcome the under-rated Swedes, who beat Italy in a play-off to reach Russia and finished above holders Germany in their group.

There is, however, a quiet confidence about England.

“We have that togetherness and trust but we always want to prove it on the pitch and we have done that so far and that has just made us even stronger,” added Kane.

“There is definitely a hunger because of the other night. When you go through a battle like that, it gives you so much energy and belief to go and do it again.

“We’re hungry for more. We love that feeling. If it goes to extra time and penalties, we’ll be ready for that. We’re ready to do whatever it takes.”

Social media has been filled with clips of fans celebrating the victory against Colombia, as a new-found belief begins to take hold that England can go even further in Russia.

And Kane says the scenes at home are having an impact on the team.

“It’s massive,” he said of the images from back home. “After the games we all see the videos going around social media. I said after the Tunisia game that I was one of those fans not too long ago and getting drink thrown over me and jumping about, going wild.

“It’s what we want. We set out to make the country proud and we feel like we’ve done that so far.

“It’s about bringing the whole country together and to see them enjoying it as they are is fantastic for us.”

Only once since 1974 – when Ronaldo scored eight in Korea and Japan in 2002 – would Kane’s current tally of six goals not have been enough to win him the Golden Boot.

He admitted: “I didn’t know that. It’s been a great campaign so far. The job is to help the team as much as possible, with and without the ball, scoring goals or getting assists.

“Hopefully it can continue and I carry on scoring. That would be amazing, but the focus is on helping the team.

“Hopefully I carry on scoring and we go far. We’re not really thinking about being world champions yet. We’ve got a long way to go. We’re only just in the second half of the tournament. We’ve done great up until now, but we have another step to overcome.”

Southgate told 5 live’s World Cup Daily Podcast: “I feel calm as I did the other night. I felt complete trust in the players.

“I’m surrounded by a really good support team which is great for bouncing ideas off and for advice. Organisationally, our set-up has been brilliant. You can’t lead a group of this many people on your own so it’s a team effort.

“And I try and disappear for a bit as well so I’m back running now and I have to ensure I get time to refresh and regain the energy you need to lead the group.”

Southgate, who reported striker Jamie Vardy as England’s only fitness concern, is seeking better things from his side, who have yet to keep a clean sheet at this World Cup.

“It just shows we still have room for improvement,” he said. “We’ve made progress. The style of our play has improved enormously over the last 12 months.

“We’re controlling games with the ball, but we can create more chances and we can defend better. We’ve got to continually look to improve. We’re an emerging and evolving side, a long way from perfect.

“This is another great test for us on a fantastic stage. We have to focus on those things. The way Sweden play, we have to be concentrating all the time. We’ve been disappointed not to keep clean sheets, and the value of those in a tournament is clear, especially towards the latter stages.” 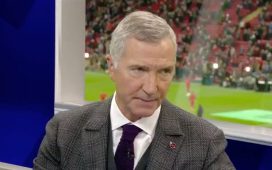 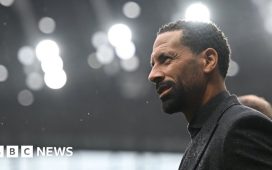 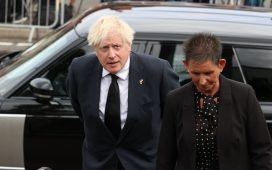 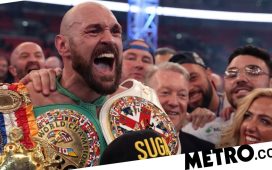 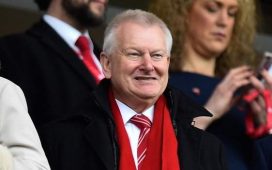 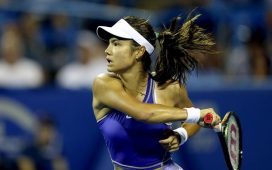 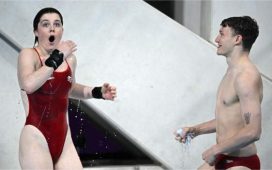