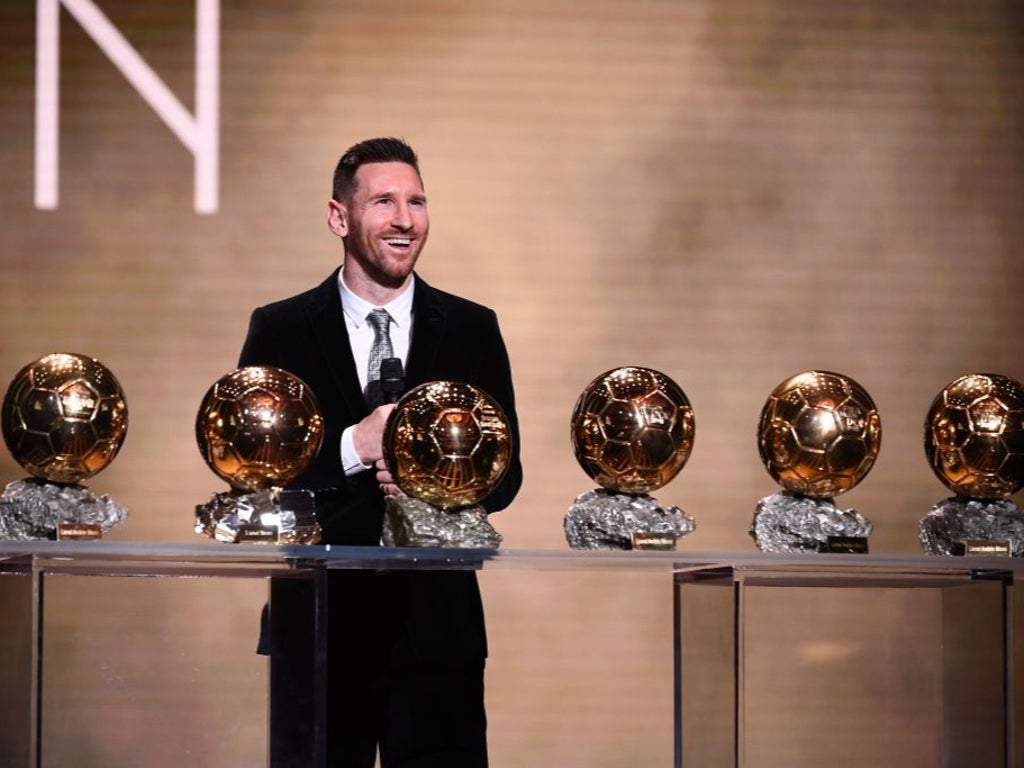 Lionel Messi is expected to collect his seventh Ballon d’Or award at a glittering 2021 ceremony in Paris this evening. Messi is the favourite after winning the Copa America with Argentina earlier this year, despite one of his less impressive years at club level: Barcelona finished third in La Liga and fell in the first knockout round of the Champions League. However, Messi scored two goals as Barca won the Copa del Rey final and he was La Liga’s top goalscorer once more, before switching to Paris Saint-Germain in the summer.

Robert Lewandowski was widely expected to win last year’s award before it was cancelled due to the pandemic, and the Bayern Munich striker is in the running once again. Chelsea’s Jorginho is another candidate, having won the Champions League with his club and Euro 2020 with his country Italy a couple of months later.

Barcelona’s Alexia Putellas and Arsenal’s Vivianne Miedema lead the charge for the women’s award. Putellas scored in the final as the all-conquering Barca won the Champions League, while Miedema is both Netherlands and Women’s Super League all-time leading goalscorer and racked up goals at the Olympic Games. Spain’s Pedri is expected to win the Kopa Trophy for the best men’s young player, while Chelsea’s Edouard Mendy and PSG’s Gianluigi Donnarumma lead the running for the men’s goalkeeper award, the Yashin Trophy.

The ceremony takes place tonight at the Chatelet Theatre in Paris, starting from 7.30pm GMT. It will be streamed live online via L’Equipe’s YouTube channel, and Eurosport will also be streaming the award on its website and the Eurosport app. The ceremony is expected to end around 9pm GMT. You can follow all the latest updates below.

A big season for Romelu Lukaku last year as he scored dozens for Inter, helped them win the Serie A title, had a big tournament with Belgium and got his massive-money move back to Chelsea.

All that adds up to 12th-best in the world for a phenomenal calendar year of action.

And as should always be the case, right alongside Bonucci is his partner in crime, Giorgio Chiellini. The Juve and Italy man comes 13th, presumably gaining those extra votes as a result of actually lifting the trophy in summer. Beautiful.

Italy centre-back Leonardo Bonucci is ranked at 14th, another of the national team’s Euro 2020 winners from summer.

He’s another who has had a hit-and-miss season this time around with Juventus at club level, but certainly played a big part with the Azzurri for their triumph.

Counting down…and who will be left in the running when we start the ceremony? I think we can guess a few of the names…

Raheem Sterling is next out to kick off the top half of the reveal. The Man City forward is 15th after, like Foden, winning the league title and reaching the final of both the Champions League and Euro 2020. He played a massive role for England in going the distance in the summer.

Would you like some video montages of the players named so far? Of course you would. France Football have very kindly put together a brief compilation for each, so here are a few of them – England’s Harry Kane, Spain’s Pedri and Brazil’s Neymar, the most recent name out of the hat. Or out of the Twitterverse, more accurately.

There’s the man we mentioned the injury of earlier – PSG’s Neymar comes 16th, just inside the bottom half of the world’s top 30 players for 2021. Which sounds both bad and good at the same time, weirdly.

Not the year he would have hoped for overall, especially given no Ligue 1 title win, but still lots of votes his way to put him among the game’s top talents.

Ballon d’Or 2021: Which players are still in the running?

Right, 30 started on the list and we’re almost halfway through, with 14 names already revealed. Still remaining, in alphabetical order:

A former Premier League player now and another of last season’s title-winners: Luis Suarez comes 17th after helping Atletico Madrid to the championship in LaLiga by firing in 21 goals. Not bad for a free transfer!

Denmark and AC Milan centre-back Simon Kjaer ranks at 18 after an excellent individual season and a year of real progression for club and country, too. Euros semis for the Danes – and don’t forget his pivotal role to help Christian Eriksen after his on-pitch collapse, too. 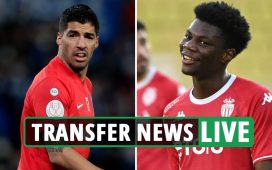