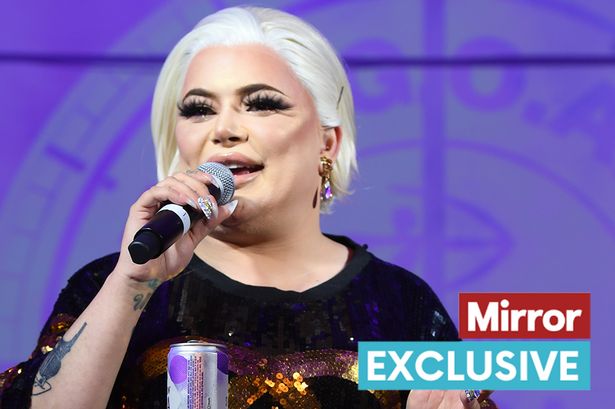 Baga Chipz shot to fame after her appearance on Ru Paul’s Drag Race UK season one.

Known for her ‘Much Better!’ catchphrase, Baga is effervescent, but so down to earth and if you’ve ever seen her live, you’ll know she puts on a hilarious show.

But what’s it really like to be a drag queen? And how did she get started?

Well, the 32-year-old says she accidentally ‘fell into’ drag, rather than aspiring to be a drag queen from a young age.

Speaking to The Mirror, she said: “I was living in Birmingham with a friend, a beautiful trans woman, and she got paid to dress up and walk around the club because she dressed very over the top and eccentric, and she dressed me up as Amy Winehouse one night for a night out.

Get the news you want straight to your inbox. Sign up for a Mirror newsletter here

“I looked all skinny and young and beautiful and then I sang on karaoke, Amy Winehouse, and the next thing you know, the owner was asking me to work there once a week for £80 so I did that for like a year.”

Baga then realised that she could make a career out of what she’d been doing for fun, so decided to take her drag act all over the country.

“I won a competition called Drag Idol, and then I just became a well-known drag queen in London”, she said. “All my residencies were in the West End and then I decided to audition for Drag Race and the rest is history.”

“The longer I did it the more successful I got”, she added.

And success seemed to follow Baga Chipz as she made it to the final of both her season on Drag Race and on UK VS the World too.

Baga enjoyed being “paid to party”
(

She said: “It’s absolutely crazy when you’re on that show, anything can happen. It’s very exciting though because you just don’t know what’s coming next.

“You don’t know who is going to be the guest judge, who is going home, somebody could just turn up. And UK VS the world was filmed in lockdown, like proper lockdown, nobody was leaving the house, so to be honest it was just nice to get out.

“I’d spent a year stuck indoors and then obviously I could have conversations with people and it was just brilliant.

“I’m lucky with my Drag Race experiences because I made it to the final on both, and I just love making great telly.”

Her time on the show has given her a large fan base, but with the support sadly also comes hate and Baga admits she can’t believe the “audacity” of trolls online.

“For every hater out there I’ve got a thousand lovers”, she quipped.

Baga Chipz and Crystal battled it out to convince an audience who was the G.O.A.T of drag
(

“I mean I can’t be that bad otherwise I wouldn’t have half a million followers.

“It’s not just me though, it’s anybody that goes on television – you have to have very thick skin because people are going to come for your looks, they’ll call you names, comment on your weight.

“I’m very lucky in that respect because stuff like that don’t phase me.

“I just wouldn’t have the audacity to send someone hate from a TV show, so haters, I just feel sorry for them. I look at comments and I’ll be like ‘what a t**t.”

But for the haters Baga has, like she says, way more fans and people who attend every one of her shows.

She said: “I get messages every day from young people, elderly people thanking me for helping them to come out. I have people tell me I’ve saved their life, which is crazy. So amazing. It’s all worthwhile.

“I have really diehard fans too that come to every show and I’ve met them and they’re crying – anyone would think I was Madonna or Michael Jackson.

“But if I do get haters I just block. Even the most loved drag queens in the world like Bianca Del Rio and Trixie Mattel, they told me they get it. You just can’t please everyone but I’m happy with the people who do love me.”

So what has Baga been up to lately?

Most recently, Baga and Crystal, also from season one, battled it out to convince an audience that they were the G.O.A.T (Greatest Of All Time) drag queen at the Strongbow ULTRA’s Greatest of All Time Debating Society.

Baga joked: “We had to do a debate and pitch to the audience who was the best drag queen, but I think it was rigged because Crystal won.

“Yeah, I think it was fixed because the audience chose Crystal and I was like yeah, these people don’t have a clue what they’re on about.”

At the event, Baga’s reasons for being the best drag queen were simple. She’s “very very stunning”, she’s “one of the most famous women in Britain” and she looks “like a young Princess Diana.”

Baga even tried to bribe the audience, but it didn’t work.

She said: “I actually tried to bribe the audience and tell them that I’ll get them all a drink if they vote for me, but it didn’t work.

“Crystal decided to put a nail, like a ten-inch nail up her nose, so she was bringing out all the gimmicks and I didn’t know we were bringing props!”

And for those aspiring drag queens out there who want to get into the industry, Baga has shared her top tips – warning that it’s tough, but as long as you’re authentic, you should be fine.

“Just be yourself. Or if you’re a character, make it a character that’s not been seen before”, she suggested.

“Make people think ‘oh my god this person is so different. But just be yourself and be authentic. You’ve got to put the work in as well, it costs a lot of money.

“When I first started though I got drag from charity shops but then when you go on Drag Race there’s a certain expectation that you have to look the bee’s knees at all times.

So how has Baga stood the test of time in the industry thus far? Well, she puts it down to her being very ‘British’ and “common as muck.”

“I think the thing that’s helped me along the way and what people probably relate to is I just don’t give a s**t”, she added whilst laughing.

“I like fish and chips, pints, I’m basically the chav of drag.

“I just love a night out, I love to entertain people – I think I’m alright. I’m never nasty to anyone. I’m just myself!” 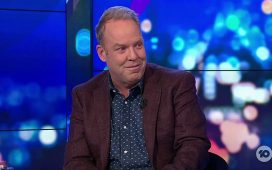 Olivia Newton-John: The real story behind Hopelessly Devoted to You in Grease 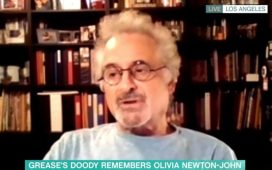 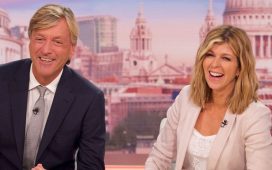 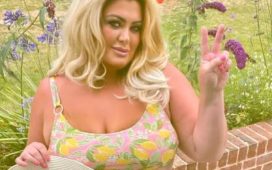 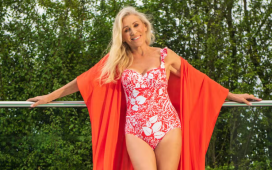 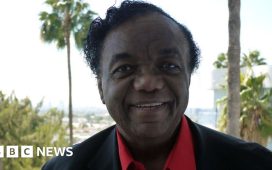 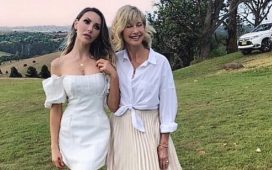 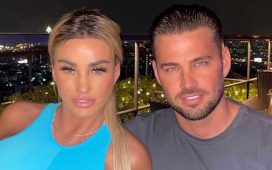