Baby boy flips the bird at his parents during 4D scan


An expectant mother was left convinced her son would be a ‘handful’ after the unborn baby flipped the bird during a 4D scan.

After coronavirus restrictions stopped Jess Johnson’s finance David Lewis, 23, from being able to attend scans, she paid for a private 30-week scan so he could see their baby.

Jess, 24, and David were shocked to see their son stick his middle finger up during the scan.

The couple also captured images of their baby yawning and covering up his face.

‘It was nice for my partner to see him as well, as I don’t think he would have believed me if I told him what he did,’ said Jess, who’s from Nantwich in Cheshire.

‘We went in and they started scanning me. He was a bit shy. He’d been shy in previous scans but he was covering his face up and giving a few yawns as if to say he was getting tired now.

‘Towards the end of the scan, he started to cover up again as if to say, “You’ve had enough photos, now leave me alone”. We were trying to get a couple more as we didn’t have that many.

‘Five minutes before the end he decided to give us the middle finger instead as if to say, “That’s enough mum and dad, leave me alone now”.

‘My other half saw it but didn’t immediately clock on to what happened. Me and the sonographer both looked at each other and said, “Did he just stick the finger up?”.

‘She said, “I think so”, so we went back on it. She rewound it a little bit. We were quite shocked and even she was quite shocked to be honest.

‘He sort of put it up and then put it back down as if to say, “I didn’t mean to do that”. As if he knew it was naughty but he still did it anyway, bless him.

‘Once he’s born, I will just be laughing at him more than anything, I think.’

Jess, who works as a courier, is now 38 weeks pregnant and says she and her partner can’t wait to meet their ‘cheeky’ son.

Jess said: ‘He will definitely be cheeky. We know he’s going to be a handful by the looks.

‘I’ve got two dogs as well so I can imagine it will be a crazy house with all three of them together.

‘Dave is definitely cheeky sometimes. I say he takes after his dad in every way so he’s probably like his dad. He’s definitely stubborn like his father.

‘I don’t think he’s going to come on time because, if he’s like his dad, he leaves everything to the last minute. I think he’ll be like him. It’s in his genes, bless him.’

David, from Liverpool, was thrilled to be allowed in the private scan room – where restrictions are different to hospitals – to see the little boy’s gesture.

He said: ‘I’m overwhelmed and excited to be a dad. It’s our first baby so we don’t really know what to expect.

‘It’s going to be a big life change in itself getting everything prepped and ready. We’re over the moon.

‘I was emotional when I first saw him. It went from literally a scan picture from Jess’s first scan, and it looked nothing like a baby.

‘Then when I went into the first scan and there was a fully grown baby with full features, it was crazy how much he had changed in that little space of time. It was really overwhelming.

‘I did see the moment where he flashed the middle finger on the scan. I laughed. I was shocked – even the lady doing the scan couldn’t believe it.

‘I think she took a picture herself because she couldn’t believe what he’d done. He takes after his dad. He’s probably going to be a little terror if he takes after me.

‘I’ve showed [the scan photo] to friends and family, to everyone. A lot of people came up to me and said, “That scan is amazing”. It’s had a lot of attention.

‘Everyone has been shocked in a good way at how he’s managed to do this.

‘We can’t wait for him to be here. It’s life-changing. It’s going to be amazing.’ 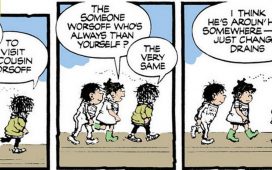 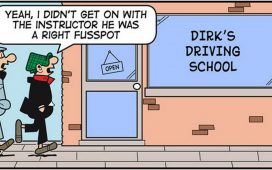