Baby ‘born with antibodies’ after mum caught coronavirus while pregnant


A WOMAN has given birth to a baby with Covid antibodies after she became infected during the early stages of pregnancy.

Celine Ng-Chan, 31, from Singapore, was reportedly struck down with the coronavirus in March before her son was born on November 7.

Medics say all her antibodies have disappeared while her newborn, named Aldrin, is bursting with them, a report says.

She told the Straits Times: “My doctor suspects I have transferred my COVID-19 antibodies to him during my pregnancy.”

The mum-of-two, her own mother and her daughter all caught Covid-19 after returning from a holiday to Europe in March.

She spent nearly three weeks in hospital but she reportedly only suffered mild symptoms.

Her husband and her father were also on the family holiday to Europe but did not catch the bug.

It is still not known how common it is for a pregnant woman to pass the virus onto her baby during pregnancy.

The active virus has not been found in samples of breast milk or from fluid taken from the womb, the World Health Organisation said.

Singapore’s National University Hospital, where Aldrin was born, said all other mums and newborn babies have tested negative.

Celine said she feels “blessed” that her baby is healthy despite being ill during the first stages of pregnancy.

She said: “My pregnancy and birth was smooth sailing, despite being diagnosed with COVID-19 in my first trimester, which is the most unstable stage of the pregnancy.

“I’m very blessed to have Aldrin and he came out very healthy.

“I feel relieved my COVID-19 journey is finally over now.”

In October, doctors in China reported finding antibodies, which eventually declined, in babies born to mothers with the virus, according to the journal Emerging Infectious Diseases.

Singapore has suffered only 29 deaths from the coronavirus from 58,213 infections. 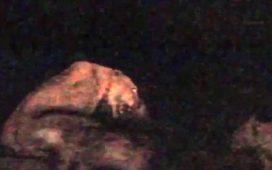 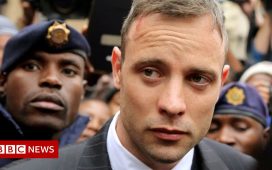 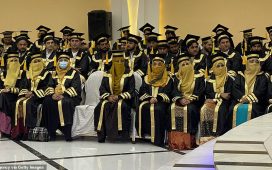