The winter of 2020 is already approaching after a hot summer, but for the fashion industry the purchasing season for AW21 is already slowly approaching. Several trade fairs have announced that they will once again take place physically in January in combination with a digital presence. FashionUnited talks to trend forecaster Christine Boland about AW21 as part of the preparations for AW21.

“The theme of the season is ‘new to renew’,” says Boland during a telephone interview. “The design language of the winter of 2021 consists of familiar elements that are mixed in a new way. She refers to ‘alchemy’ the mixing of various substances, but for the winter season think mainly of mixing opposites. “Male with feminine, jewel shades with fluorine and more acid colours. It’s allowed to bite.” Think of the classic heritage prints such as check and pinstripe as examples. These prints are often masculine and sometimes a bit rigid. In the trend ‘poetic heritage’ these patterns are combined with supple materials and feminine plissés or ruffles. “In the season, people will see things they think they can’t do together, right? They go together very well then.”

A print that has emerged in every trend forecast for years is the floral print. For the winter season, this time it will be a photo print of flowers, among other things. No embroidery or drawings, but photos of flowers on slightly transparent fabrics.” This will give the flower print a new dimension as we have never seen it before. On the contrary, it is very alienating.”

The inspiration for the season comes from a variety of angles: heritage, history, femininity, sensuality, comfort but also spirituality. “So this all mixes with each other. Historical fabrics such as velvet, jacquard and brocade come to the fore, but with an unexpected twist.” Think of the jewel shades Boland talked about earlier, but then combined with a bright colour. “A jacquard in a deep green shade mixed with a bright, almost amber or golden yellow.” These colour contrasts are not the only major trend that Boland sees. Thanks to its focus on heritage materials, the warm shades of brown such as camel also make a come back. Anyone who doesn’t think this comes as a surprise is wrong. Camel is combined with lilac and other shades in the AW21 season.

Of course, the current situation in which society finds itself cannot be left out of the discussion. “I made my analysis for AW21 four, five months before the crisis broke out, but we only saw confirmation of what we had already spotted. The development has only accelerated,” she says. Now that working from home will most likely remain a large part of society, she sees a ‘zoomscope’. People dress up for what’s on the screen. “A beautiful blouse, top or cardigan with accessories around the head and underneath a pair of jogging pants with warm socks. It will be a very good time for blouses and tops.” It’s a prediction reminiscent of a trend from a few years ago when big collars and statement earrings came to the fore because of the selfie culture. These elements are perfectly captured on a selfie while the rest of the outfit is not visible.

A development that cannot be ignored and that has been mentioned several times in recent months is the trend of casual and leisurewear. The need for comfort will continue for a long time to come, Boland expects. “Everyone knows by now the term ‘skin hunger’. It’s more important than ever that our clothes embrace us, that we can really feel what we’re wearing. It is more important than ever at this moment how clothes feel.”

All in all, there are enough developments for the AW21 season. “Society is full of contrasts and polarisation and that is also reflected in the design language. The elements that are diametrically opposed in society come together very easily in design.”

Christine Boland saw not only the world around her change since the start of the corona crisis, but also her company. Large-scale seminars were no longer possible, so Boland looked online as well. In the meantime she has adapted the business model of her company. “We have made it more accessible, that people no longer have to pay three hundred euros for a ticket. She gives webinars that are for sale in the webshop on her website and can therefore be viewed on-demand. For example, a webinar on SS21 or AW21/22 can also be viewed for 75 euros via the webshop of the trend forecaster. Interested parties can also purchase a subscription, which means that they pay a lower rate for all three webinars during the year (consumer, winter and summer trends). With a subscription someone pays 75 euros per webinar and receives an accompanying book, separately the live webinars will cost 95 euros. Besides the webinars, Boland still comes to companies for consultancy sessions and for the Mindset method workshop she developed.

This article was previously published on FashionUnited.nl. Translation and editing: Andrea Byrne 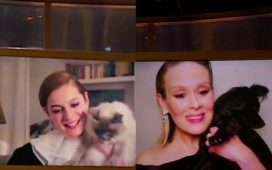 These Pet Cameos at the 2021 Golden Globes Are Pure Purrfection 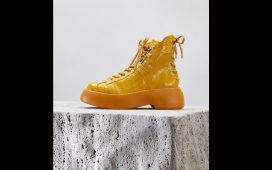 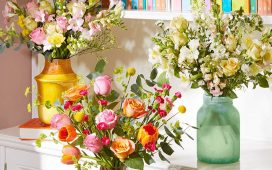 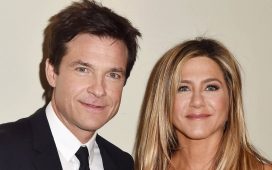 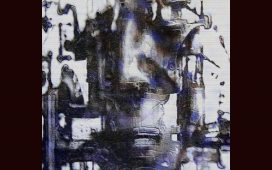 Fashion at the 2021 Golden Globes: on the red carpet, and at home – in pictures