He is 18 from 18 – 14 by knockout – but an insatiable Tim Tszyu maintains he is only just getting started as he eyes global boxing stardom. Tszyu craves more after continuing his relentless pursuit of world-title glory with a brutal win over Dennis Hogan in their Steel City Showdown in Newcastle.

The 26-year-old son of former multiple light-welterweight world champion Kostya Tszyu wants the “big boys” of his division and will not rest until he not only emulates his famous father but surpasses his every accomplishment in the sport.

“I’m not satisfied. I haven’t achieved anything in my eyes yet,” Tszyu said on Thursday. “My dad was an undisputed world champion for 10 years. What have I done? Give me a few years. I’ve got a long way to go. My comparisons and my goals are out of this world and that’s what I’m going to be striving for.”

Tszyu will likely have to wait for the winner of a unifying title bout between American Jermell Charlo, the WBC, WBA and IBF belt holder, and Argentine Brian Castano, who holds the WBO strap.

“If Charlo wins, there’s every chance Timmy will be mandatory for Charlo, which would be unification ton of straps,” Tszyu’s manager Glen Jennings said. “Let’s see. It’s all a political game but we’ll see how it all falls. I can say this, we will stay busy regardless and we will be working from tomorrow on securing his next fight.”

While biding his time, Tszyu could yet step into the ring against loud-mouthed compatriot Michael Zerafa, who has been gunning for the new face of Australian boxing for years. Asked what a Zerafa fight would do for him, Tszyu said: “It keeps me busy”.

Whoever he faces next, Tszyu hoped it would be in Australia after an electric night in Newcastle. With Covid-19 restrictions, that may well be the case with Jennings saying a blockbuster bout at Hunter Stadium, which holds 33,000 fans, is not out of the question.

“Everything is on the open market for us. We are in such a great position. We now have to sit and watch how the dominos fall,” Jennings said. “But this young bloke has proven once again that he is a special athlete. He’s 18 and 0. The numbers tell the story.”

So, too, does a new moniker that may well stick after Hogan’s camp threw in the towel in the fifth round after the Irishman could no longer withstand the onslaught of head and body blows coming from Tszyu.

“[Boxing commentator] Ben Damon said it correctly – the soul taker,” Tszyu said. “It’s pretty cruel. It’s pretty cruel. I’m not like that as a person. But in the ring, that’s what I’m all about. I want to be a global boxing star. That’s my goal. It’s always been my goal and I need those big guys. We’re at that stage where I do believe I can compete with the big boys.

“Charlo got rid of Hogan in seven [rounds]. I do it in five. So my pace was a bit more quicker than Charlo’s. I want an international fight. I want to be recognised globally.” 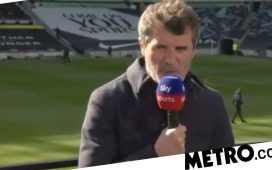 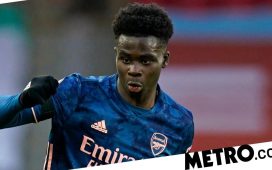